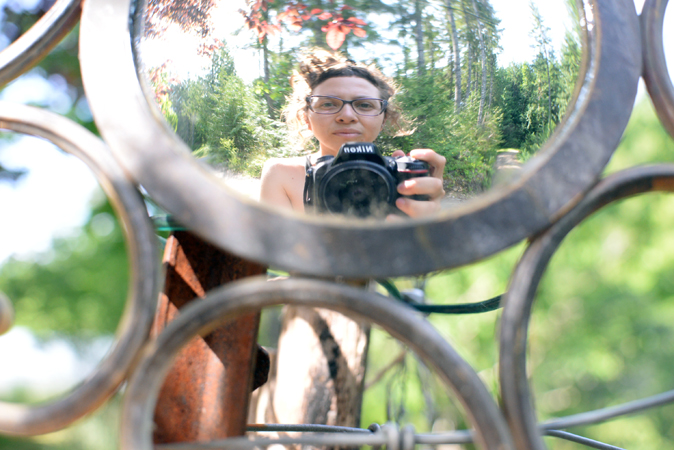 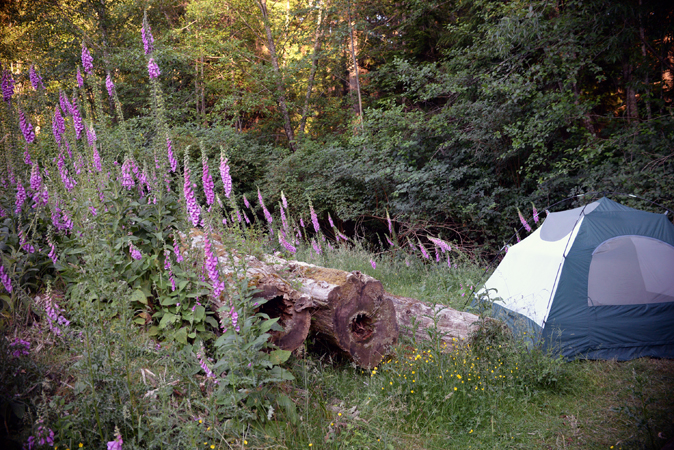 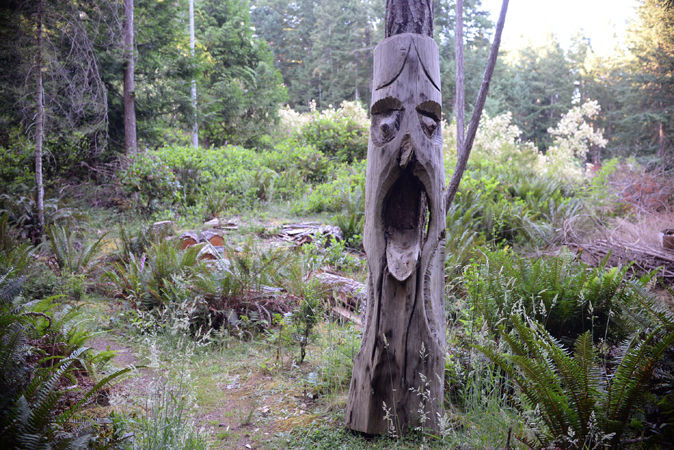 been spending lots more time on the wee island lately, now that the land sale is nearing, and warm summer days are here. my birthday is coming up and i have a tradition of waking up in my tent on my birthday. i like to go someplace new and beautyfull every year, generally part of a big adventure. i can’t remember when this started, maybe when i turned 21? this year i plan to wake up on the new land. it will not be off on an epic canoe adventure, but in another sense, it will be the most epic adventure yet: the beginning of the new dream. finally getting to build my own home.

this past weekend was the annual artsfestival, and my heart was huge with love and gratitude to be in this place i feel so blessed to (almost) call home. friday night was reading night, possibly my favourite island event. a collection of readers read for about 10 minutes each on whatever moves them. this year was heavy with both loss and love-songs to this island we call home. as it does in life, the loss and love intermingled in many of the pieces. it felt like a cocoon in there, or a web, holding us all aloft together in collective appreciation of where we are. what we have been given. i had the honour and privilege of being able to read this year. here is one of the three poems i read…

a room that has seen love and held it in it’s wooden palms in more ways than i can imagine.

a room built by the people who use it,

fire stoked in the belly of a dragon by trees that they have cut and split.

a room where improv is encouraged while bob and daniel and don sing on the stage, and caulder, jonathan, john and i move methodically through space,

our feet following the lines on the floor.

who had never ever imagined such a thing,

are now performing contemporary dance to a packed audience.

where one person moves through, lost in reverie on her way to the community library,

where she pulls emily carr’s hundreds and thousands off the shelf.

a room full of people grinning and dancing wildly

as marimba keys are pounded with abandon.

the abundance of community art.

a room full to bursting with people sitting

listening to morgan read about cancer and chemo and ending by saying:

my hat’s off to you!

as she pulls off her wig

and we clap and stand and tears flow free.

a room whose contents spill out onto the surrounding lawn

and the aurora borealis pulse out the beat.

caught up in a perceived wrong against my heart,

until her forefinger pulls me back to now

where i see the shine in her eye that says: 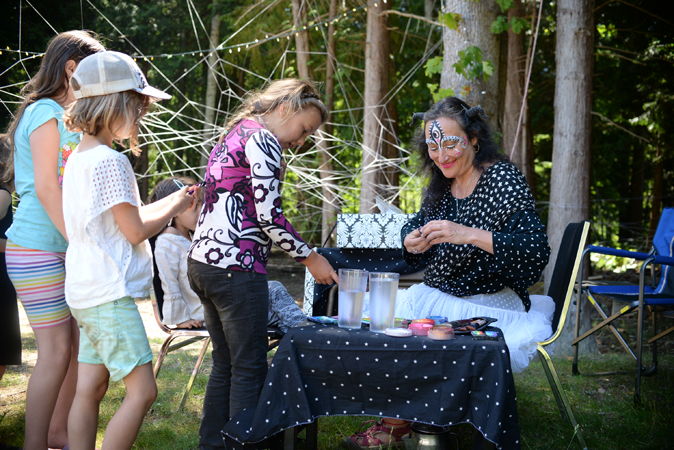 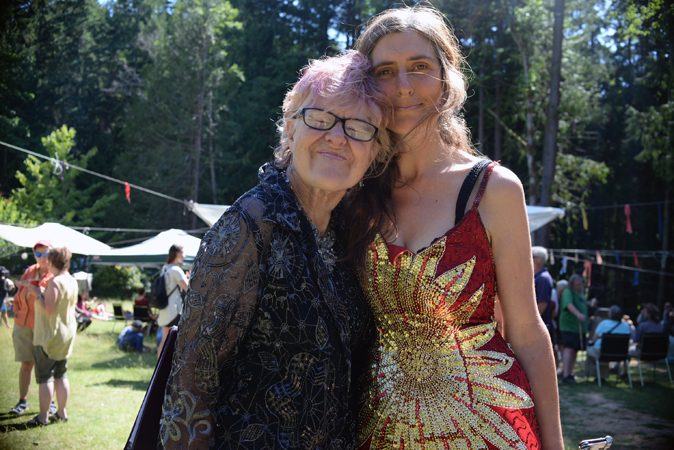 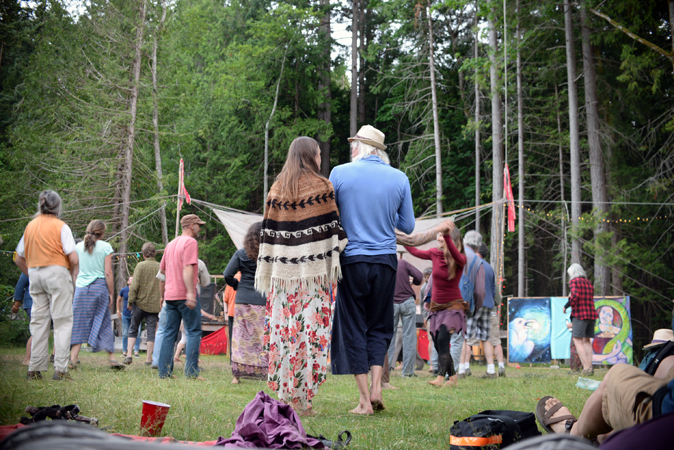 saturday was spent visiting and eating and revelling in art and listening to good music all day. the sun eventually set and the moon took over, waxing its way through the trees, as the stars glittered and twinkled overhead and we danced to the farmer of beats late into the night.

in the days surrounding artsfest, A and i went to check out david’s land that he just got in the last couple of years. i was able to get some good ideas for a shop space and to also ask him many questions about the costs of things. turns out a not very large pile of lumber cost him 3600$, but buying a mill cost 9000$ (which he split with two other people). so now, of course, i am thinking about the possibility of buying a mill. hmmm… 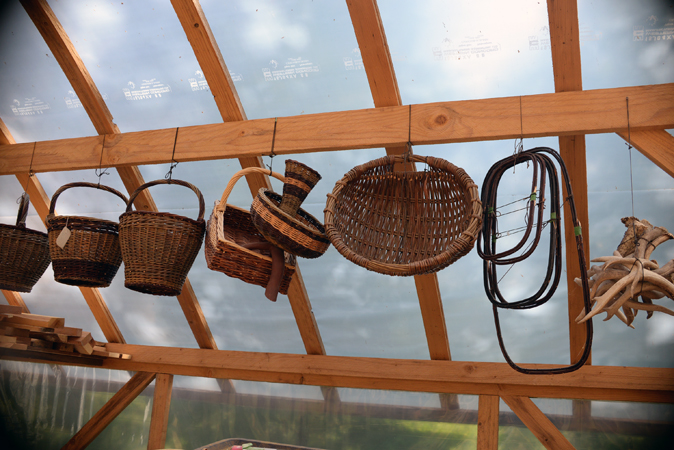 i finally sawed through the log that was lying across the driveway, and it’s a whole new feel up there now! it’s like a wall has come down. the saw is definitely not working as well since i hit the rocks a couple of weeks ago, despite the chain sharpening i did. alas. nothing like a brand new chainsaw. and the pond has dried up, so that will definitely limit the amount of time i will be able to spend there until the rains start again and i get a water catchment system set up. 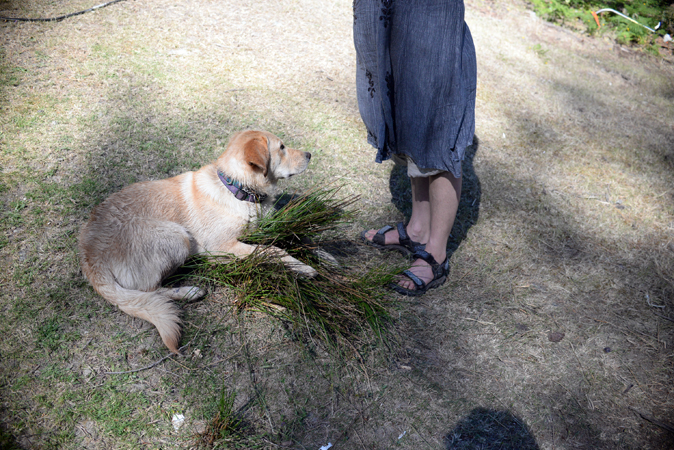 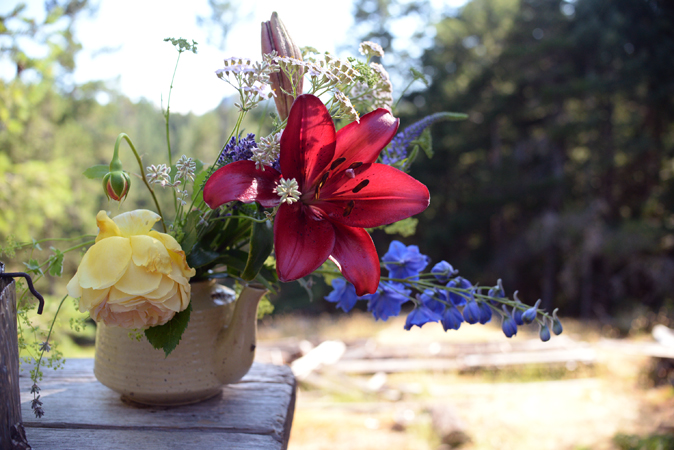 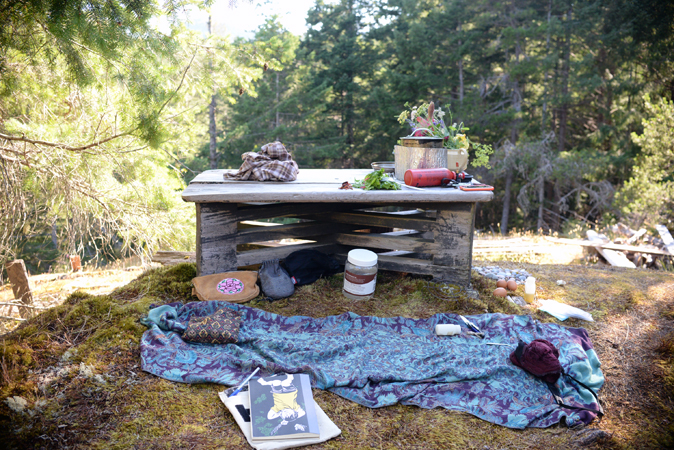 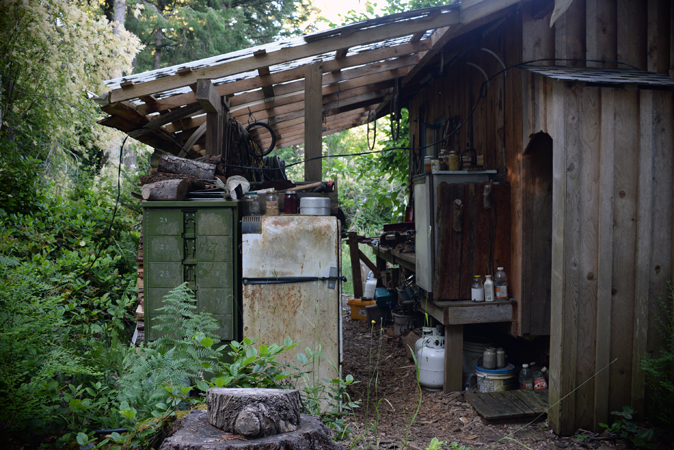 corrina came from vancouver to stay with me for the weekend, and she wanted to get a swim in with the phosphorescence while they were around, so sunday night the adventure ball started rolling and gathered momentum as we made our way to the beach. sarah and corrina came to pick me up after their visit, and then we went downtown to drop sarah’s bike off at the mechanics. i had been in sporadic text conversation with carolyn throughout the evening, as she and steve were planning to meet us at the beach, but they had biked all the way to the south end when steve got a flat on the way home. he ended up hitching a ride home with his bike, but overshot the driveway of the folks they were staying with, so we just happened to be driving back from downtown as he was walking back towards the driveway. we picked him up and hung around as he worked on fixing the flat, and then carolyn showed up. the flat was a stubborn one, so we decided to just all drive down together. nearing the beach we figured we should stop in at johns to see if he and whoever else was around (there are always lots of people around at johns) wanted to come down with instruments. we walked into an intense game of what i believe they called ‘ninja’. there were seven of them there, all in a circle about arms length from each other, and this is how the game goes: you all strike a ninja pose at the same time (whatever that looks like to you), and then one person starts. that person has one move to try to hit the hand of the person next to them, or if they are too far away from the person next to them as the game goes on, they get one move to get closer to them, in order to hit their hand on the next move. if your hand is hit, you are out, if not, it is your turn to attempt to strike the hand of the person next to you. so, in we joined on the next round, creating an even larger circle with the extra five of us. as the game wore on, and people got out, john ended up across the circle from the person whose hand he needed to slap. he was looking like it was going to be too much of a stretch when carolyn said: you can do it! make a giant leap through space and time! and he did.

(though despite his best effort and superman landing, he still was unable to slap that hand.) 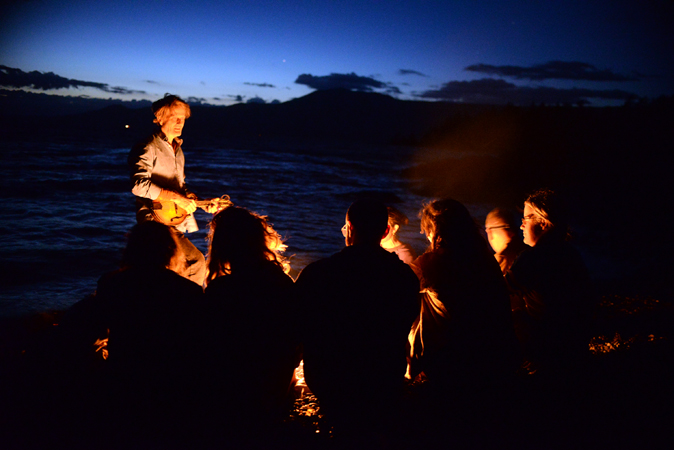