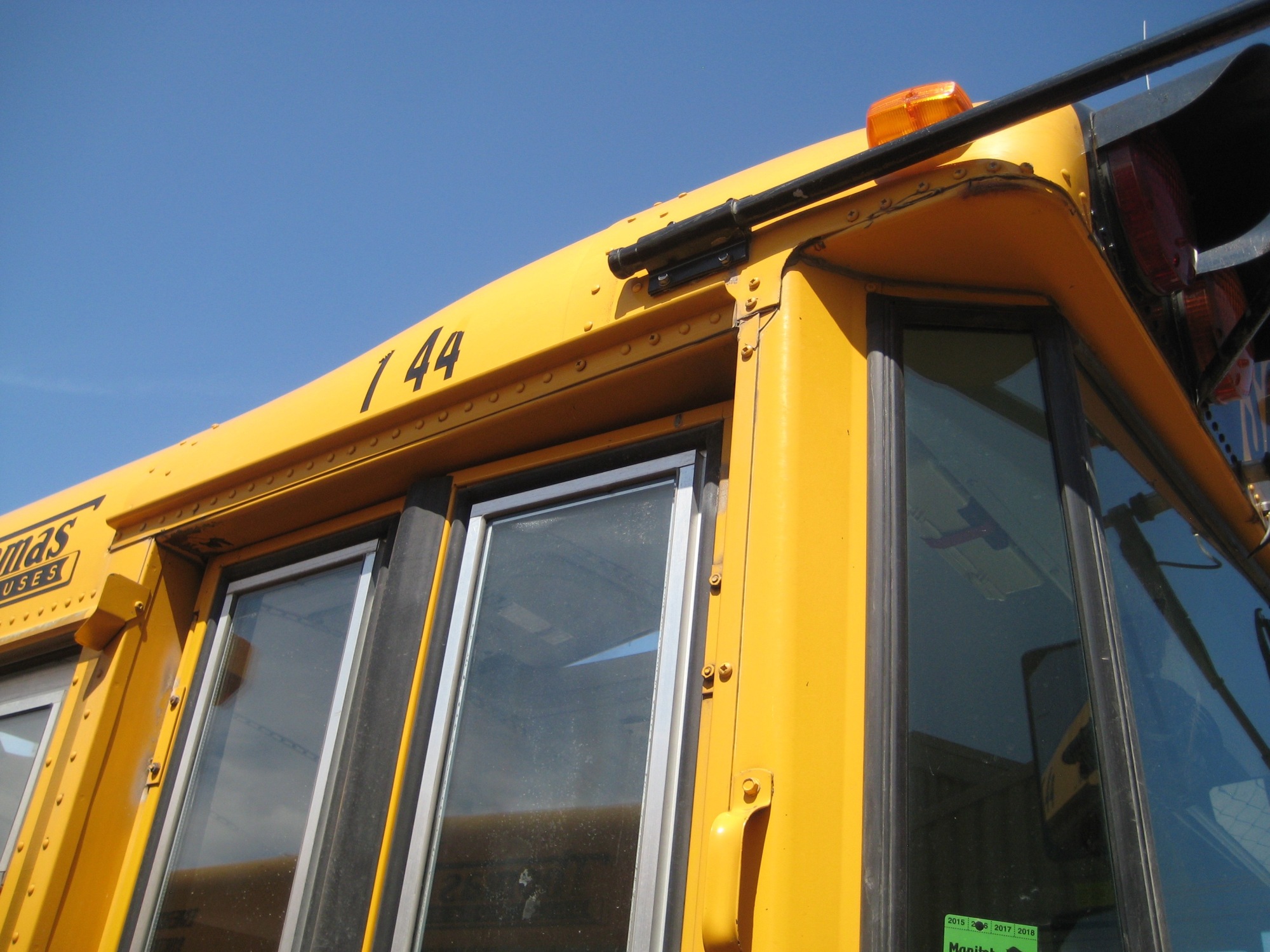 guess what!? it went through! i bought a 2002 36 passenger thomas freightliner SCHOOL BUS! co-ol.

this is feeling fairly reminiscent of life when i was 17. i had just finished high-school and was getting ready to move out to BC for good. i packed all of my worldly possessions into a 1970 volkswagen van and headed west. at the time, despite being full of everything i owned, my friend margo and i still managed to fit and sleep and live in my van together as we drove it across the country. this time, nearly 20 years later, i have a bus that is 24 ft long by 8 ft wide and it will probably barely fit all of my belongings. i am hoping to be able to sleep in it on the way out, but no promises.

i bought this bus from the winnipeg school division, by silent auction. i had been looking on kijiji for the last several months, but all i could find were 72 passenger buses. i went to check out two of them in a nearby town, and though i became immediately enamoured with the idea of a school bus, they just felt way too big. then a friend of a friend tipped me off that the school divisions get rid of their buses some years when they want to upgrade. i got lucky this year. i called all six school divisions in the city and the biggest one, also the one closest to my house, was selling off 2 or 3 in the size i wanted. this was back in early may, and the buses wouldn’t be available until the end of the school year – july 1st. this was also the date when i would find out if i actually bid high enough to purchase one. i wanted to make sure i got one, so i bid 400$ higher than what i was told i should bid to ensure the purchase of a bus. i also bid on both of the 2 that were available (by the time i went to bid, one was taken off the list to be used for parts). i wasn’t sure which bus i wanted, they were from the same year and basically sister buses: one had more mileage and more rust, but the other had oil on the oil-pan and the oil in the engine was blacker. in the end i didn’t have to decide because the school division decided to retire the 2nd one for parts as well. i got the one i bid 100$ less for, with the cleaner oil and no oil leak.

this will be quite the departure from canoeing, but prepare yourself for the upcoming onslaught of bus renovation photos and probably wordy rambles about all the trials and tribulations of converting a school bus into a motorhome. i have already logged 5+ conversations with manitoba public insurance in various attempts at getting at straight answer as to what constitutes a motorhome, what i need to do to my bus to insure it, where to get a safety inspection and where to get temporary insurance. i am qualified to drive my bus, as a bus, with my class 5 license, if there are no passengers, but if there is ever any more than me in it, i need either a class 4 or class 2 (this i still have no straight answer for). due to this, i have decided to convert it into a motorhome, which comes with all of it’s own idiosyncrasies. what i have learned now from speaking with 2 different MPI reps and reading the website is that i need: at least one bed and at least one or more of the following: stove, fridge, washing area and toilet, all of which are permanently attached. i also require direct access from the living quarters to the drivers seat. 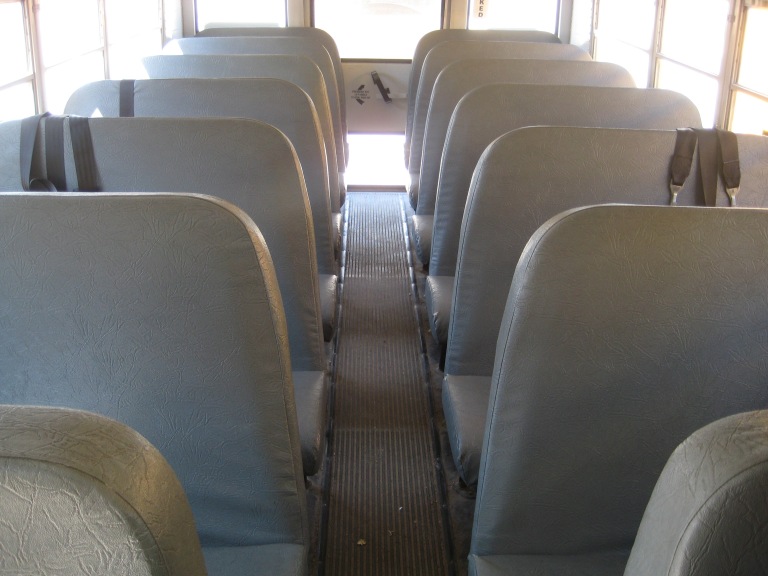 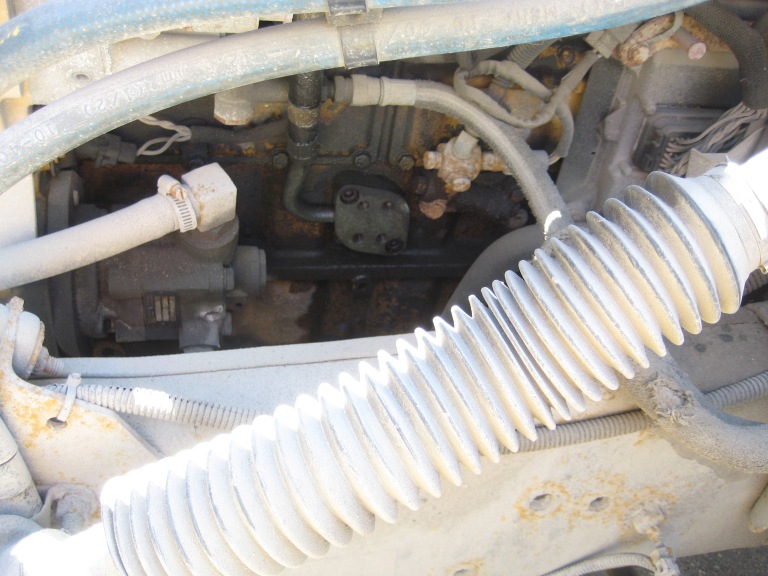 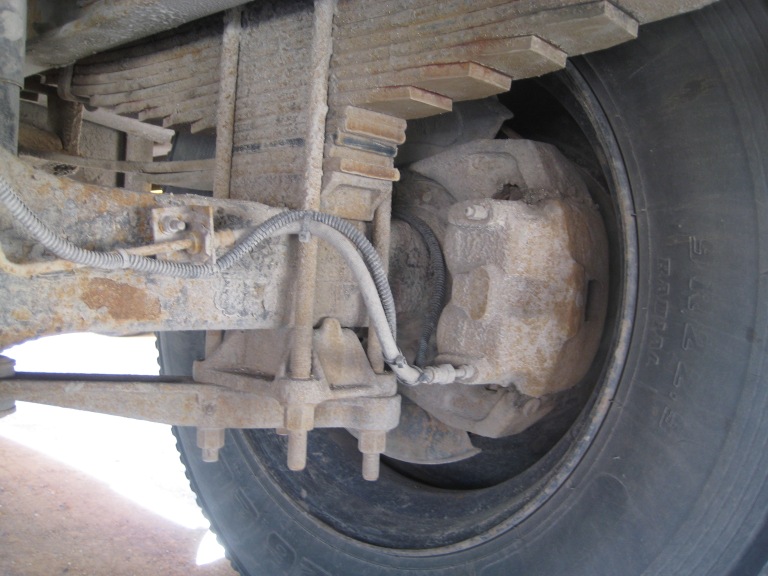 this last photo is not of my bus, but of the sister bus: 140 (mine’s the one to the right)