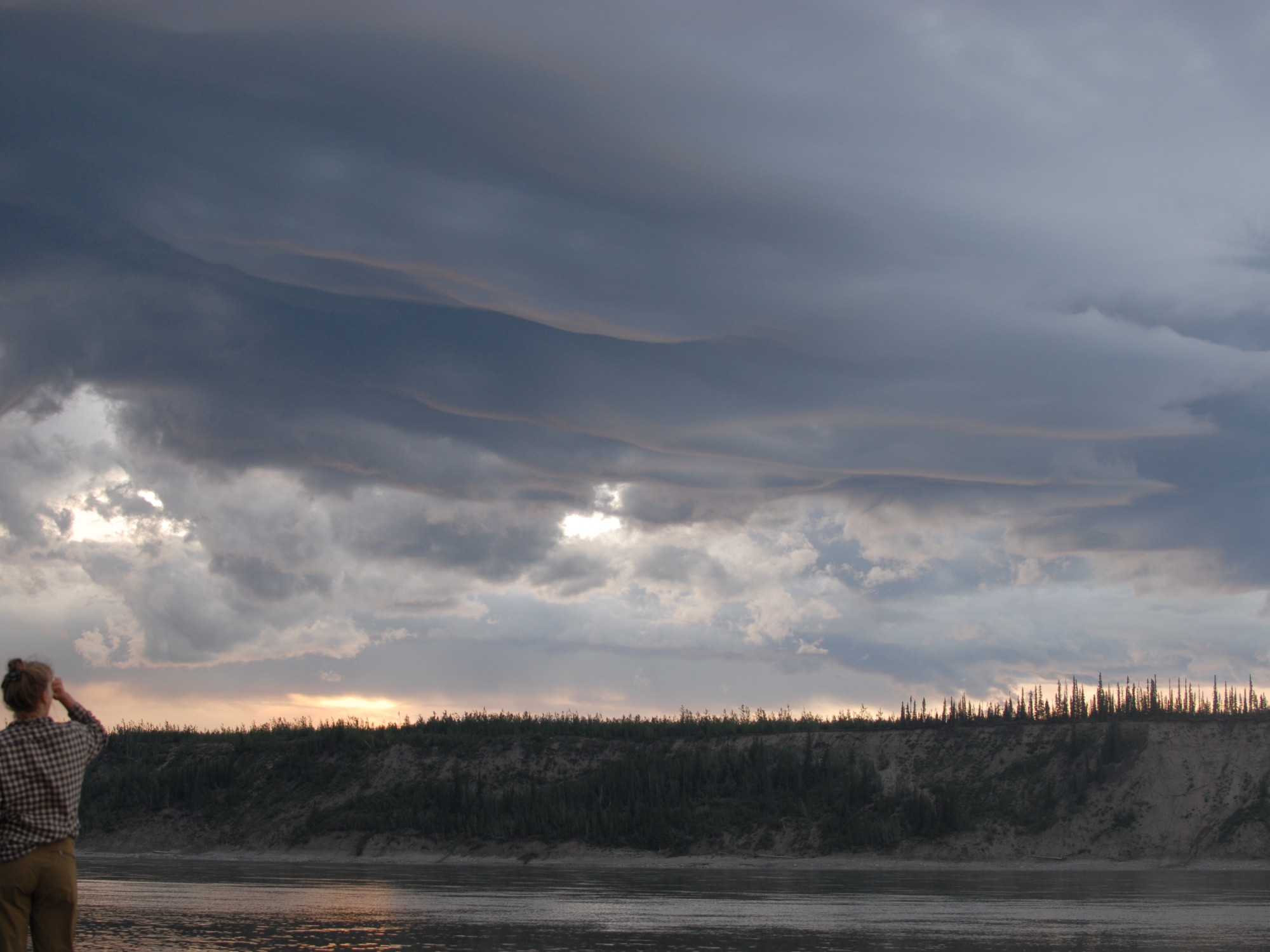 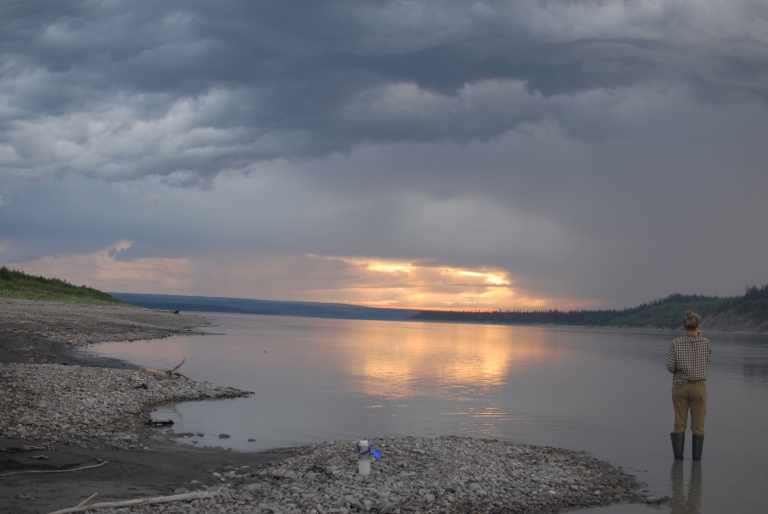 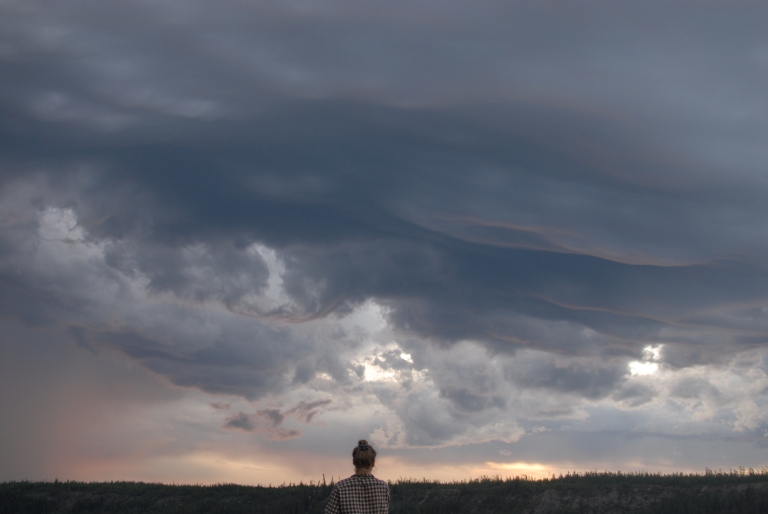 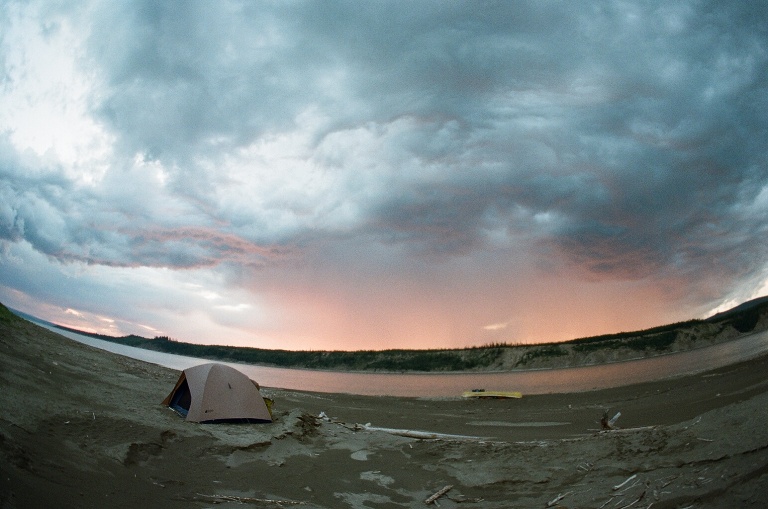 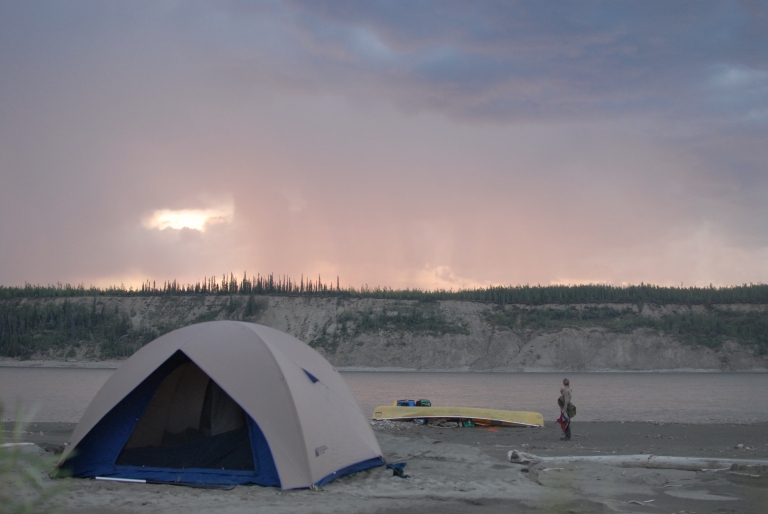 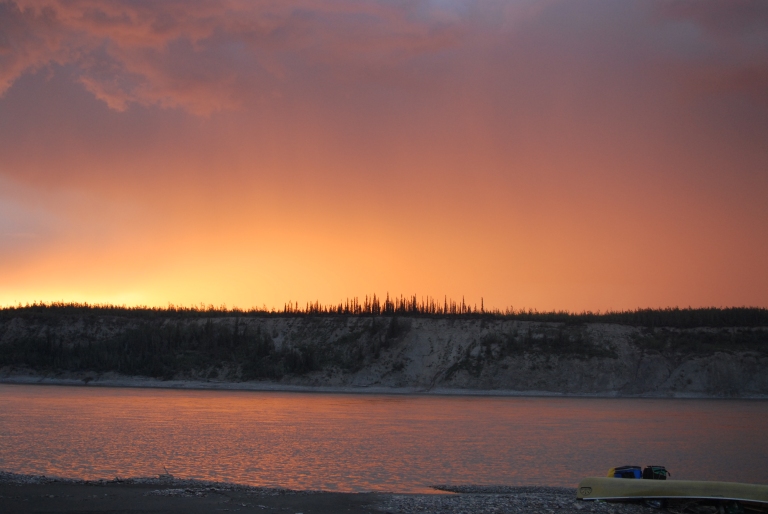 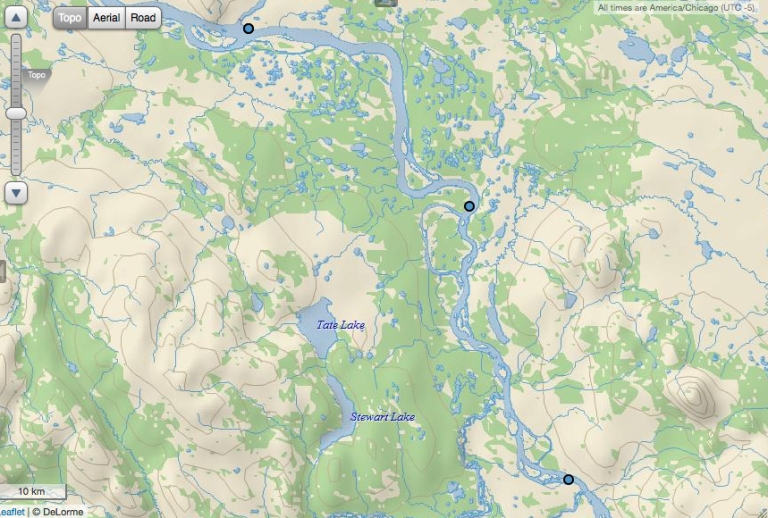 oh my, the sky kept getting more and more stunning tonight until i finally had to go into the tent at midnight with it still out there being gorgeous and pink and stuff. you have to sleep sometime – but paddling late into the night has its perks.

this river is wild, it is so wide at points and seems more like a lake, but there is a current hidden in there. and this current sometimes moves in what seem like inexplicable ways. for over half a km before we hit an island or sandbar, the river will start flowing around it and we’ll feel like we’re paddling in one direction until we slowly start to realize that the land isn’t moving the way it should be in relation to us. for the first time in my life i got motion sick in a canoe. the land and the water weren’t staying put and i had nothing to focus on to keep the slight nausea at bay. oh boy. luckily it didn’t happen too often, and it just enforced a land break.

spent an hour filtering water and trying to fish near where birch ck enters the deh cho. fish were surfacing, but no bites. another phenomenal river instance – just before reaching birch ck (we were in the right channel around birch island) the whole width of the river dipped and rose again. it was like a speed bump in the river, like the kind of rise you get in rapids when the river hits a rock below the surface and moves over it. but it was the whole width of the river, which at this point was about half a km wide! and there was nothing we could see below the surface. amazing.

the saline and the redstone rivers enter the deh cho at roughly the same spot, but on opposite sides of it. we passed sac dene camped on an island at the mouth of the saline, looking completely idyllic with the canyon walls rising up on either side of them in the sunset light, and shortly thereafter we passed nick and taylor. we learned the next day that will was camped near the mouth of the redstone, but we didn’t see him. we were going to keep going but it looked like we were paddling straight into a thunderstorm so we pulled off roughly 3k past the redstone and watched the spectacle unfold in the sky to the northwest. luckily it followed the north/east bank of the river and moved on by.