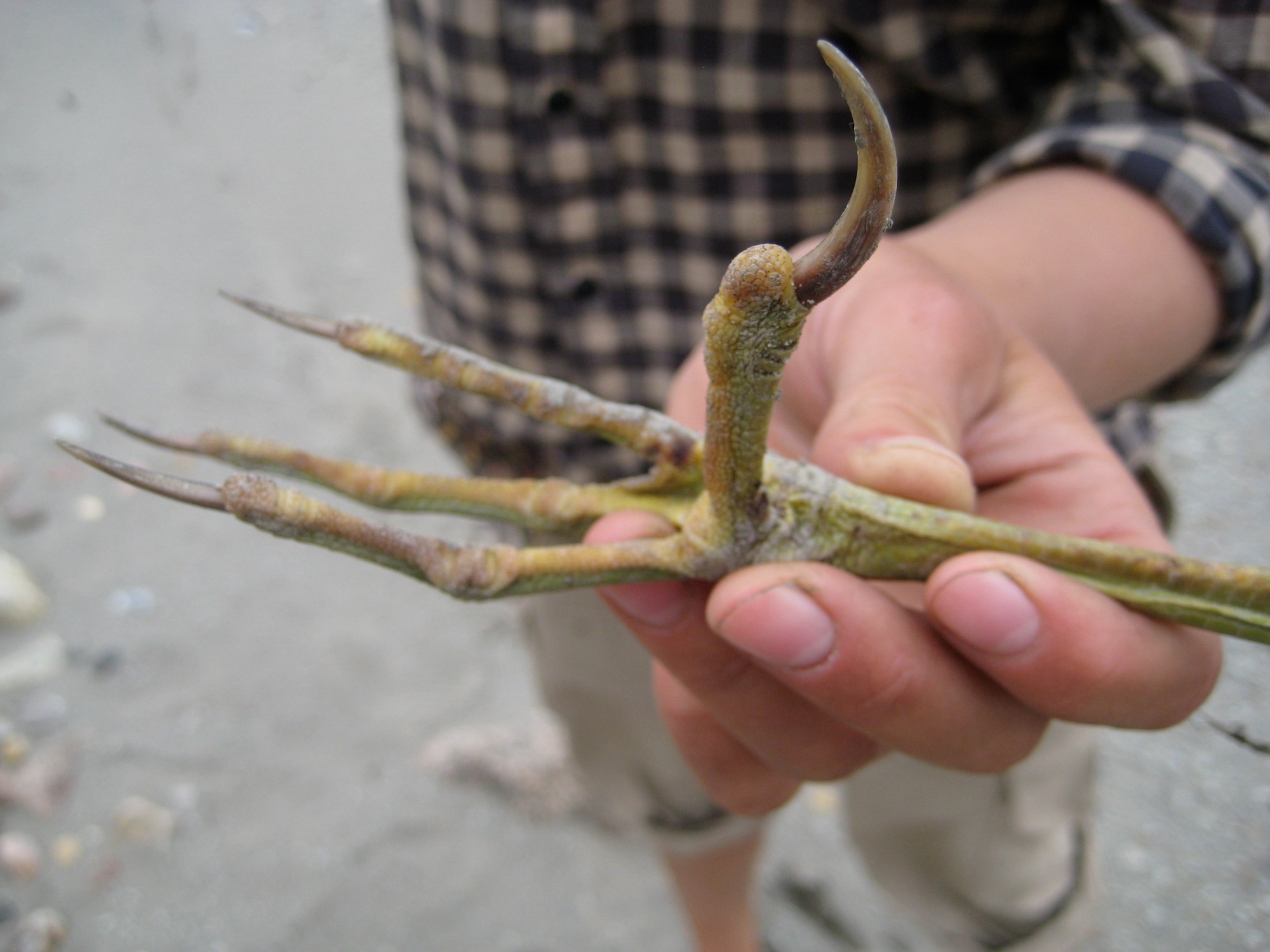 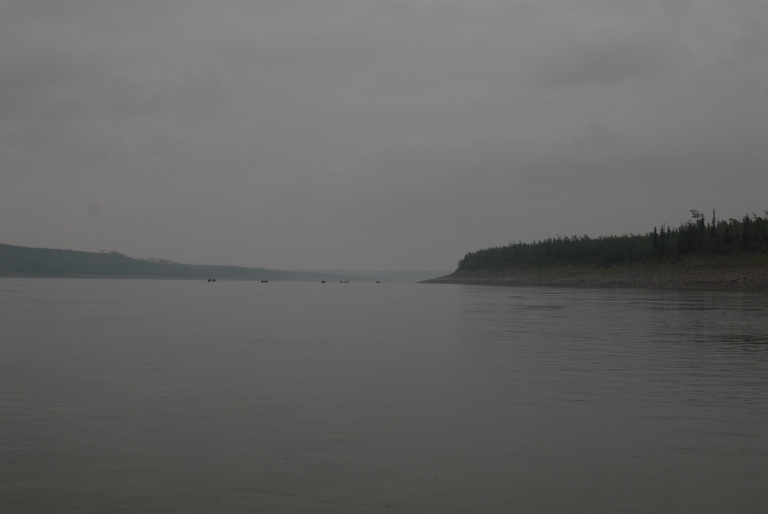 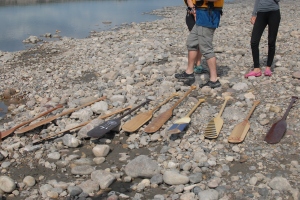 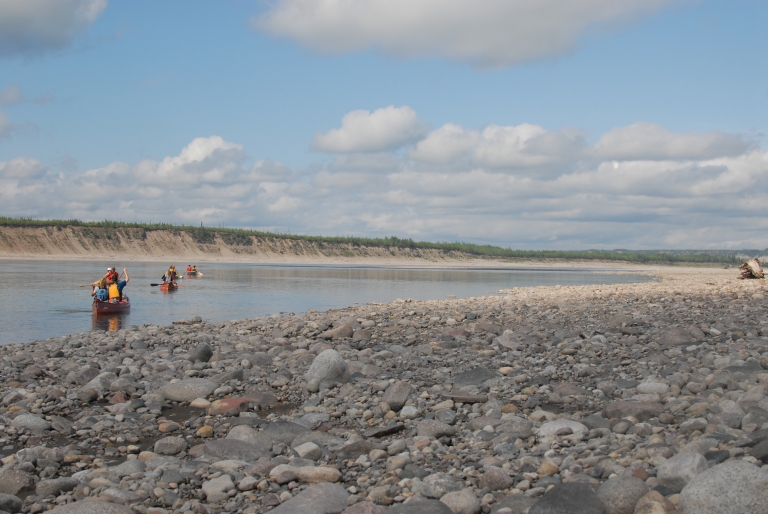 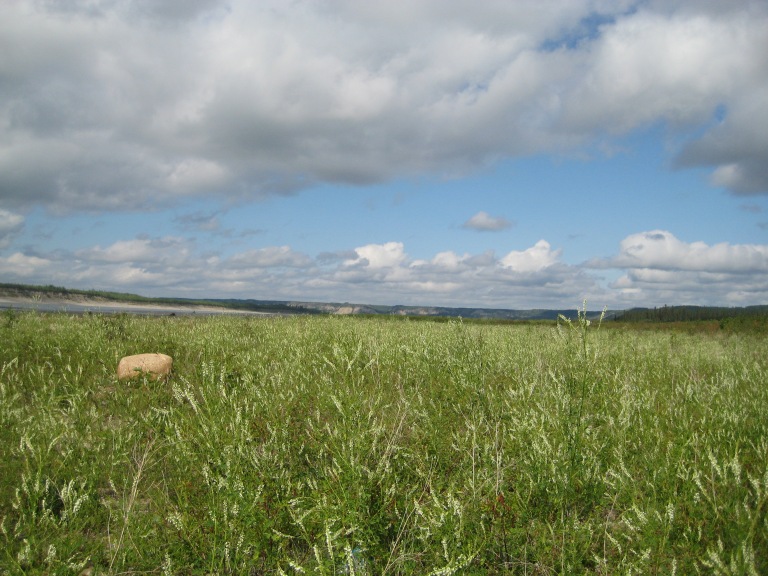 talking with my dad tonight, he requested more detailed information in my posts, and pointed out that the dates on my posts are not related to the river dates. yes, i should clarify that in case it was over-looked – the river portion of this trip was from june 22 to august 7. we arrived home in winnipeg august 22nd. i am doing separate posts for each day just for fun, and i will start writing the trip day with the km/coordinates etc, so you can ignore the dates on the posts. also, i haven’t been giving too many camping details, but maybe i’ll do a bit more of that from now on.

after pushing off from shore i realized my moss green sandals weren’t on my feet, so we had to paddle back (against the current) to get them. i tied bits of neon orange cord to them after that, and plan for all my outdoor gear from now on to be brightly coloured. after our 2nd take-off we saw a red canoe approaching and met will, a solo-er with kayak paddle from oklahoma. we split ways with him shortly but met up again later when he went to shore to make coffee. nick and taylor soon followed and we spent an hour or so talking and checking out the wild bits of bird that were strewn about the place, including the foot in the photo, a wing, a beak and lots of feathers. still undetermined what sort of bird it was. we got back on the river with a spectacular tailwind that escalated into too wild to paddle as we were rounding a slight bend near johnson river. nick, taylor and will had all pulled off, so we pulled off too, but hoped to keep going if the wind died – it seemed to be blowing rain in. as we were there considering the possibilities, the Y floated by with all their canoes rafted together and a sail up – not too rough for them. we were able to continue on maybe an hour or so later into what became flat-calm waters. nice. we caught up to the Y and camped with them at the blackwater river, spending the evening with them in their awesome canoe/tarp shelter, a welcome break from the rain.

the camps on the map are days 20 and 21. and the note in the water jug is one nav left for us – along with sparklers! sweet.

*emma’s dad has informed us that the bird is most likely an american bittern – a beautyfull bird! thanks allan!