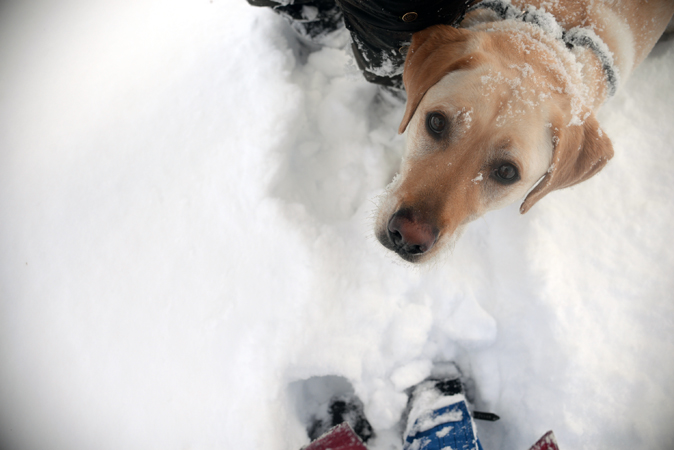 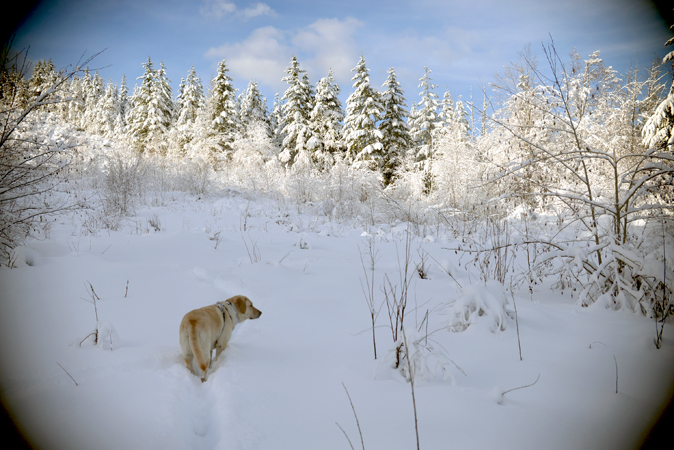 when i spend enough time alone, the inspiration starts to creep in. it is also a winter wonderland out there right now, which is helpful.

i have started to feel like i am not following my bliss enough, which, when i take the time to examine it all as i write this right now, makes me scoff a little. seriously c? you have JUST bought land, and plan to build a house and a shop and a sauna and a garden, AND you also want to TAKE PHOTOS FOR NATIONAL GEOGRAPHIC?! give yourself a little bit of a break, puh-lease!!! the reference to national geographic came from this notebook i’ve had since i was ten. the notebook used to have a cat on the cover, but sometime over the years i glued red velvet over the whole thing and sewed the word ‘believe’ onto the side. this book contains so many things. it has my ten-year-old script as i practiced cursive handwriting. it has tidbits of teenage angst in it from when i was 14 and tried to keep a journal more regularly. it has my “happiness list” which i think i started at the beginning of high-school and added to throughout the years, which contains things such as: “staying up late, stories from the hippie era, trying to skateboard, good movies, riding on a bus, getting pushed into the snow by the one you love, sunbeams, my friends, people you don’t know that say hi to you, getting mail, building forts, being engulfed by the quiet darkness of night, cuddle puddles!, the moon two days after a full moon, right after it rises – it’s huge!, biking early mornings or at dusk, the seasons, sudden uncontrollable dance bursts, used bookstores, peeling grapefruits, writing in my journal in mysterious dark cafes, gatherings of poets, radio sonic, after-hours and brave new waves on CBC radio 2, big trees, wide open sky, being near the ocean, splitting firewood, frying up oysters and eating them, womens circles, no power lines, sunset after a hailstorm in spring, affection, babies, hugs from little people, glitter!, completion, being heard, writing, early morning sky: the deep deep blue at one end and the bright pink clouds at the other, my abilities, roommates, smell, garbage collectors, decisiveness, sleep, the smell of the earth as the sun warms it, kayaking through fog, gardens, giving it all!, being centred within myself, wandering hikes, the miracle of seeds, uncontrollable bliss smiles, chopsticks, typewriters, the postal system, the way my friends smell – their familiarity, calm lakes, kisses on lips, nettles in the spring, my friends who love me no matter what, my cat who teaches me unconditional love…” it has my list of potential kids names through the years. it has my list of stuffed animals and all of their names [all of which i no longer own]. it has lists of photos i want to take, people with cool eyes, left-handed people. it has wish lists and reading lists. one list entitled: before the bush. many lists about building my future home and what it will look like [in one iteration my bed hangs from the ceiling!]. lists on ‘how to get to africa’ and lists of publishers. a list called ‘one day’, which has many different wonderfull things on it, some of which have come true! such as, “canoe trip up north one summer. 2-ish months. in calm calm waters. a big wide river. like the Back. with a sun that never sets. among the arctic.” and “a big space to make art or write in that i don’t have to clean up at the end of the day” and “a long bike trip” and “northern woods. northern woods. northern woods!” and “the perfect land for me on the wee island. and then when i have that, the ability to build my house and a clawfoot tub! yeehaw!” [i’m halfway there on that one;)] it has lists called ‘possible arctic canoe routes’ and ‘possible jobs’. it has lists of all the things i’ve taken on canoe trips and bike trips and what i didn’t use and what to bring next time. so, as you can see, this book has a lot of history, it carries a lot of weight. and in amongst all of that, i stumbled over “take photos for national geographic”, and immediately thought – why haven’t i done that yet? well, if THAT isn’t a lot of pressure, this comes at a time when i am feeling like my work situation isn’t sustainable. i am making not-enough money because there just hasn’t been enough work. and along with that, i am not working where i am living, which isn’t the best situation. unless the kind of work you have is seasonal, where you leave for a three month chunk and make enough money in that time to live off of for the rest of the year. i could handle that for sure, because then at least when i am here, i am here. not half-here. there is also the huge expenditure of the cars, which i spoke of in the last post. i was at least holding somewhat steady before that, now i am in debt to my future house. so into that turmoil, there is the pressure of now feeling like i should be taking photos for national geographic, because that has been on my list forever! oh caroline. this is a really good time to be gentle with yourself. i am clearly at the beginning of what could be a time of big change, i am thinking of moving on from the job i’ve had for the last 4 years, i have just moved to the dream island and plan to build, i am under financial stress, and i have a cold. maybe just take it as an idea, not an essential forceful TO DO. 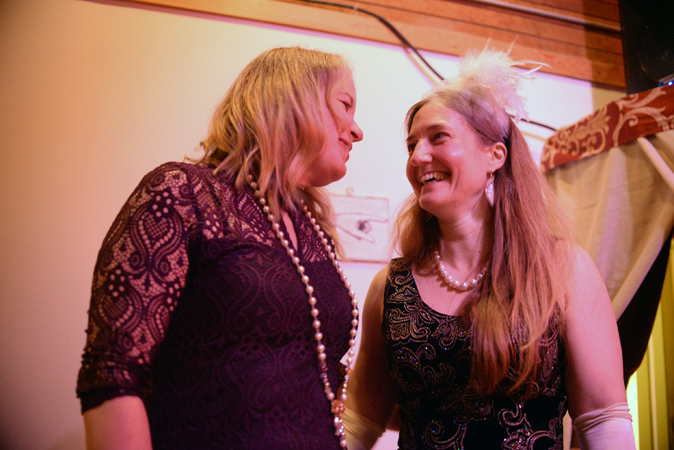 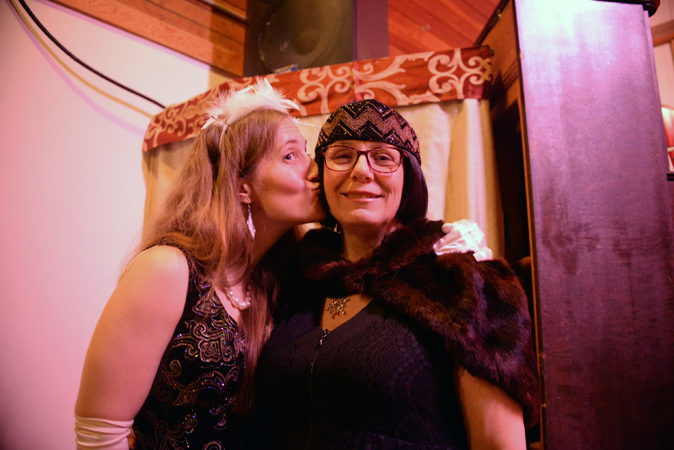 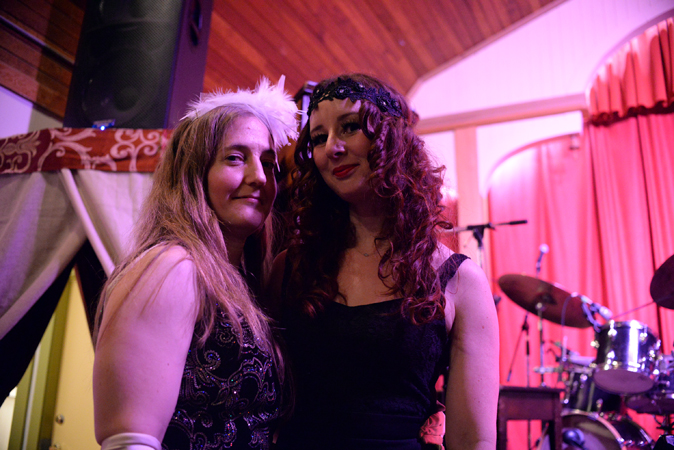 it has felt very quiet this last week. i arrived home with the cold after a long weekend with friends on the big island. the cold just enforced the solo-time that i felt like having. i have been knitting and reading (surprise!) and shirking all of my responsibilities to baby this cold away. the quiet time though is verrrrry good for reflection, hence the above. maybe this writing about it will take the pressure off, because i’d really rather be revelling in the snow and the quiet and the feeling of being in a cabin in the woods (even though the cabin is metal and has wheels) and the poetry books on the shelf that are reaching out to me with their enticing titles. perhaps the worry is just part of being human. it comes up now and then and we move through. 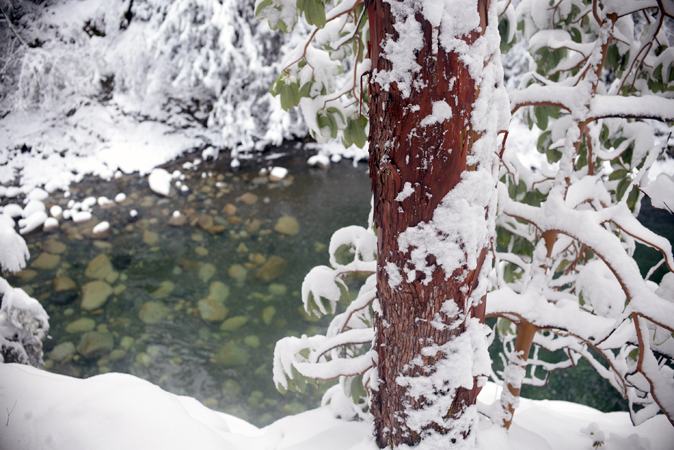 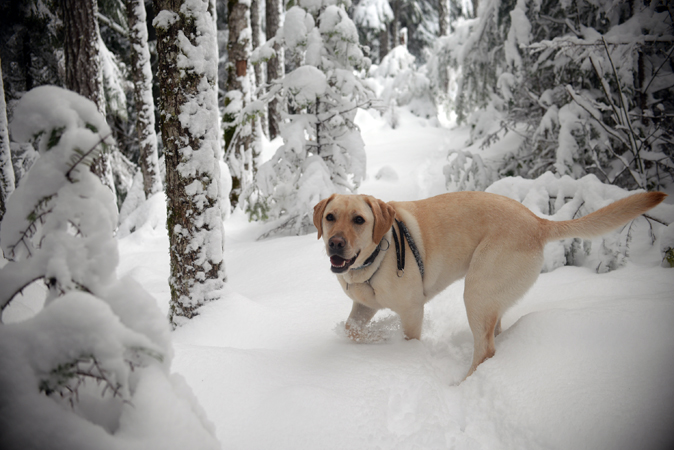 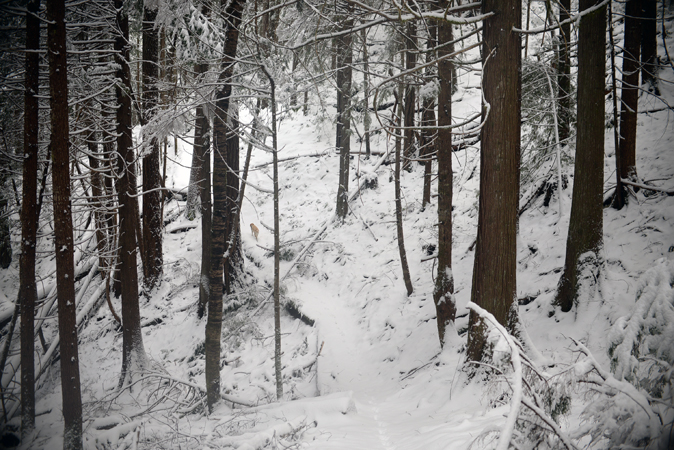 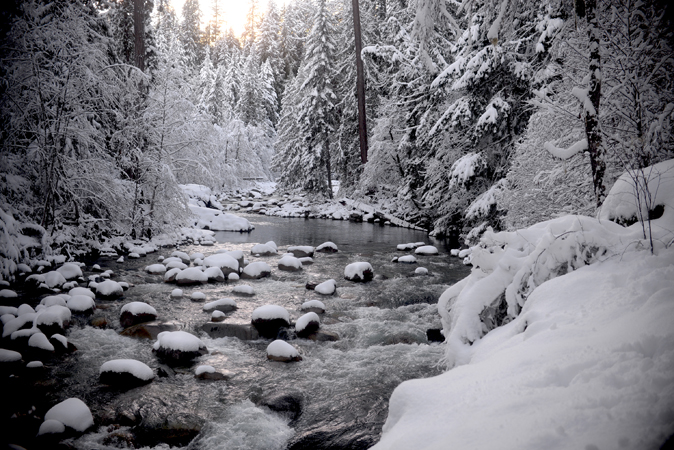 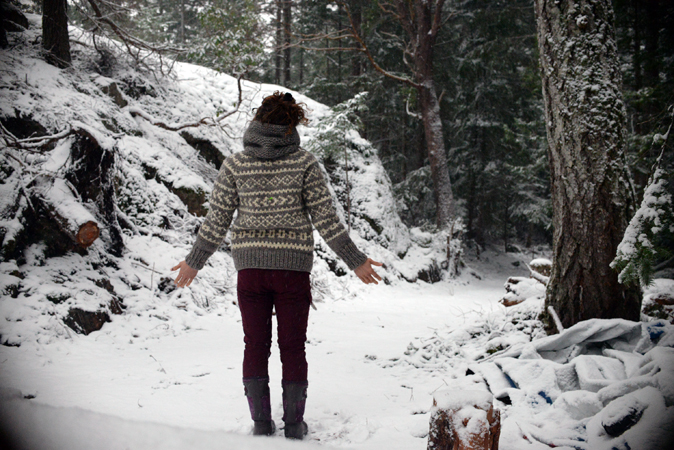 *i realize the photos seem a little incongruous to the thoughts, but they are of the weekend prior. 10th photo by claire.