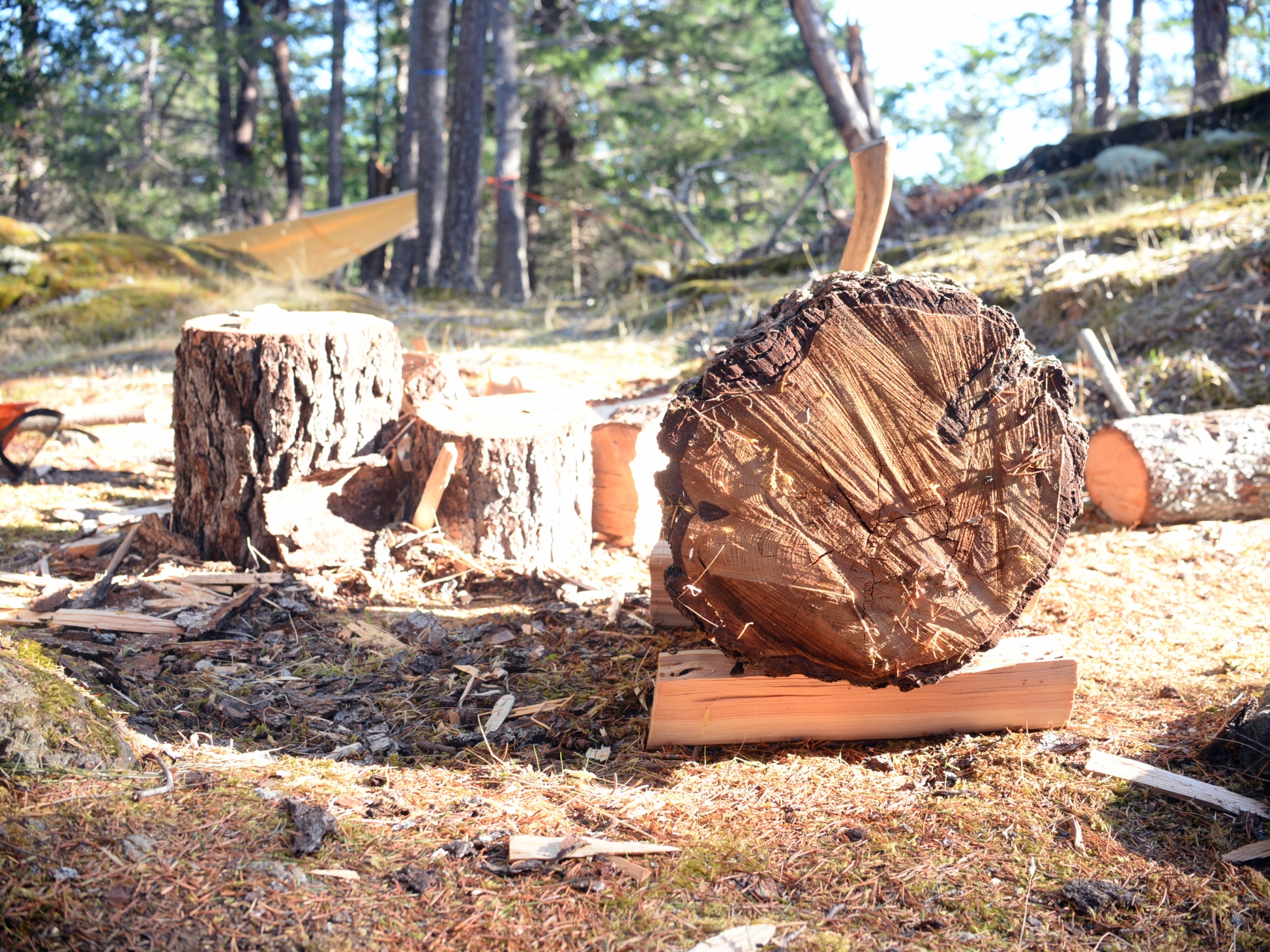 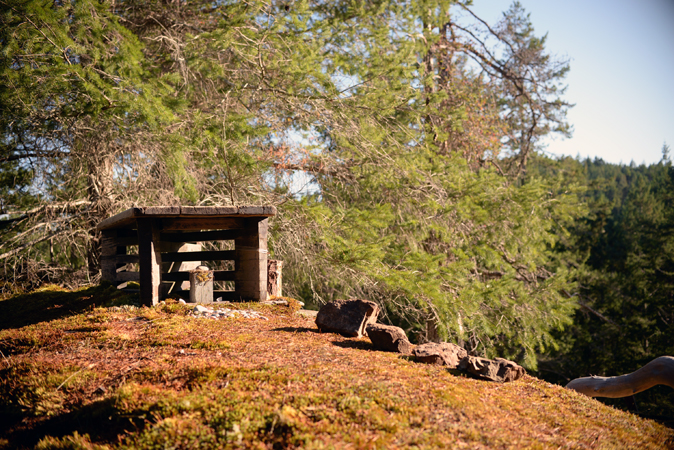 i sit with it, or i try. but sometimes it just swings by. swings in. swings through. there is a shimmer of inspiration in the air these days. it doesn’t quite want to be caught, but sometimes it lets me have some moments with it. the moments just feel so rich i am overwhelmed with the direction i should take them in.

this morning finding small trees to cut down for poles for a new outdoor covered area i want to build. gazing out at the land thinking – WOW, i LIVE here. there is so much to explore, or so much to look at with new eyes everyday. the same overhanging rocky mini-cliff expanse i had walked by several times before, looked wholly new today. i LIVE here. in the spaces between the trees i can see the blue grey of ocean and island and sky. 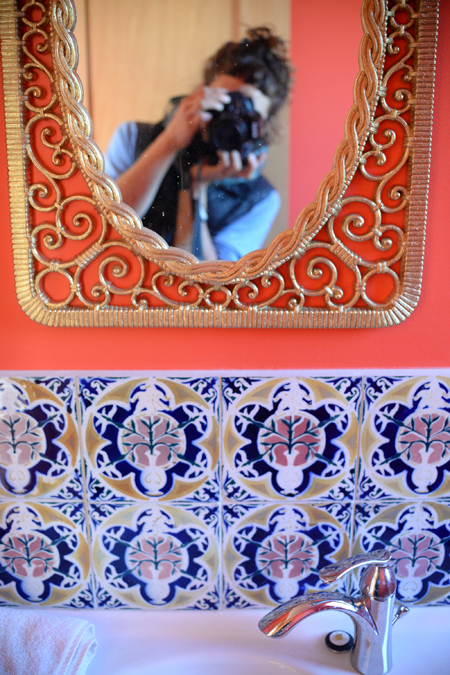 the days are sweet. i wake up after a night rich with dreams. look out the window at the moss covered pine. say good morning to the orangey-pink light just beginning to peek over the bluff. then get on with it. another day in a life i am so thankful to be living.

i finally finished the solar set-up yesterday. it was three days of work because i had to build a rack for the panels, which involved cutting angles! and i got a massive amount of wire from dad for free (which i was extra thankful for when i heard a friend paid 900$ for his span of wire), but it was three strands encased in a thick outer shell, and i had to cut them apart since i only needed two, and needed the third to extend the two to reach the bus. before i moved the panel to the sunny spot, i was lucky if my batteries were sitting at 12.3v at night. this was also with only my 110w panel and my two 6v batteries (wired in series), that came with me from winnipeg. but now!!!! i added on another 100w panel (and left room on the rack for a couple more), and wired in two of the three 170aH batteries that i got before moving over here. i ran out of terminals which is why the third one isn’t in there yet. now at night the batts are sitting at 12.9! woooot! i am SO excited about this. i think i will watch movies this winter. yup. mmm hmmm. though we have been having many days of glorious sun, so the power situation will perhaps not be this sweet once the grey days come. 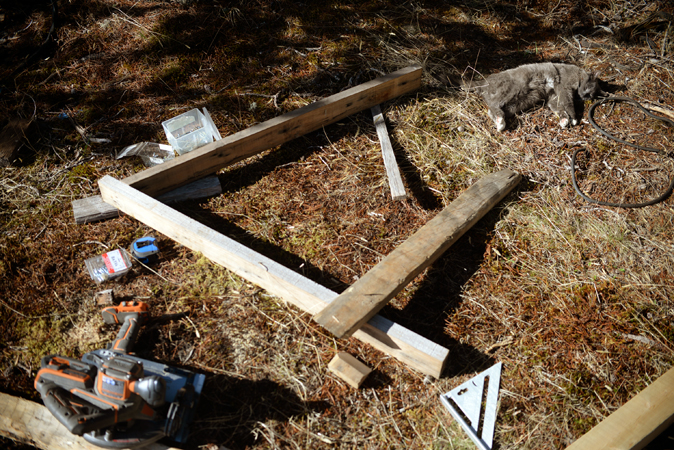 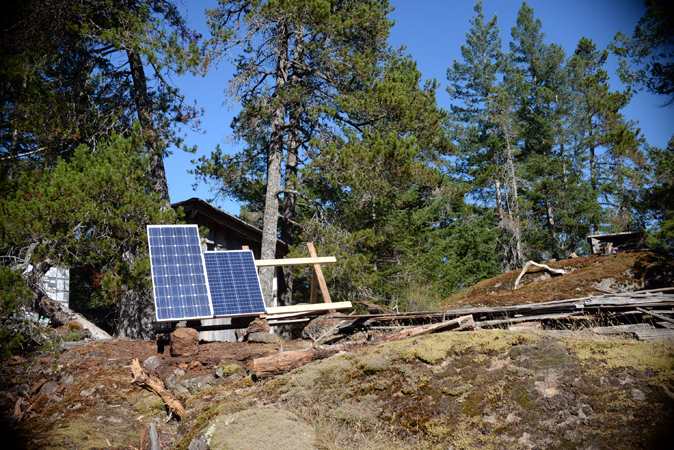 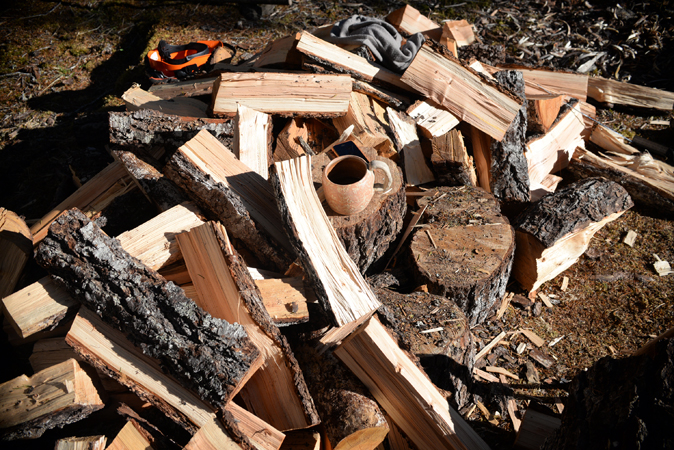 so now that that’s out of the way, i can get back to other important things, like firewood. sort of in prep for that i started making the covered area, as a place to throw rounds waiting to be split, and to maybe split, when it’s raining. and it’s just generally really handy and useful to have an outdoor covered area! i am kind of getting carried away in thinking i am going to make a bunch. i am calling this one the butterfly shed, because the shape of its roof is reminding me of a butterfly. by the time i publish this post i will probably be done building it, so we’ll see if the name holds up. it sure is fun starting a new project, and something different i haven’t done before. for this one i am using thin trees that i have peeled (your bark spud is getting put to good use dad!), and attaching them to live trees to hold up the roof. it is reminding me of a treehouse. which is another project that is on my mind, but is so impractical that i am not letting myself give in to it. 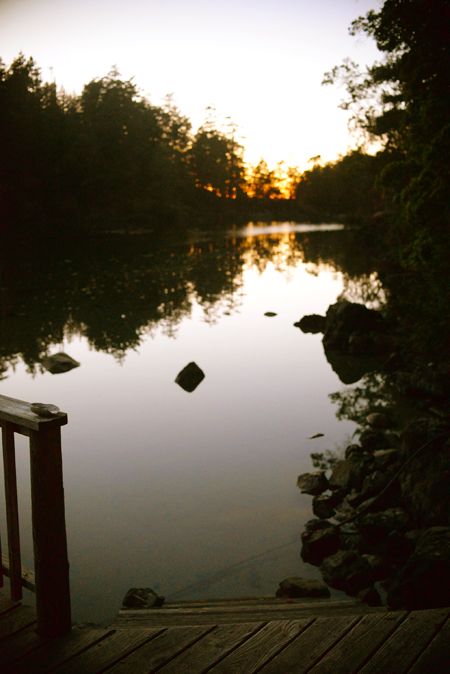 between the work days, contemporary dance classes have started! i am going to do some design on the arts annual, so i explored a new road on the island i had never been down before, on my way to sheila’s house. we continue to dance with the moon in jenna’s thursday night classes. odario williams sings to me after dark via the CBC, and sometimes i get to write. 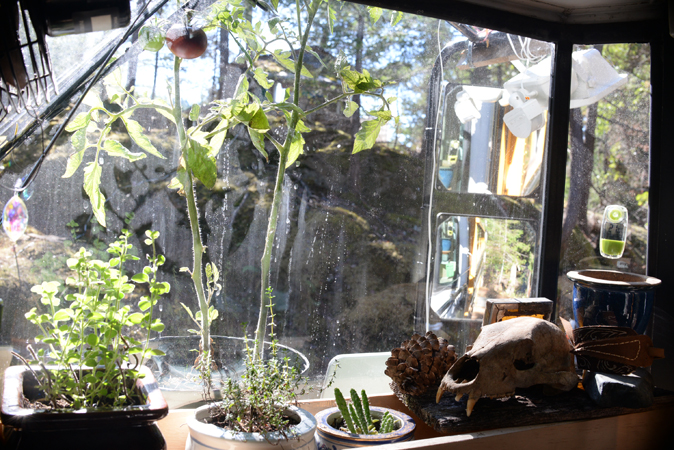 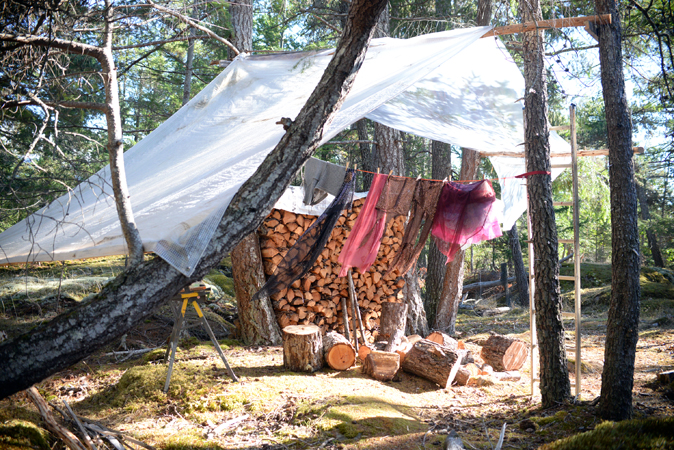