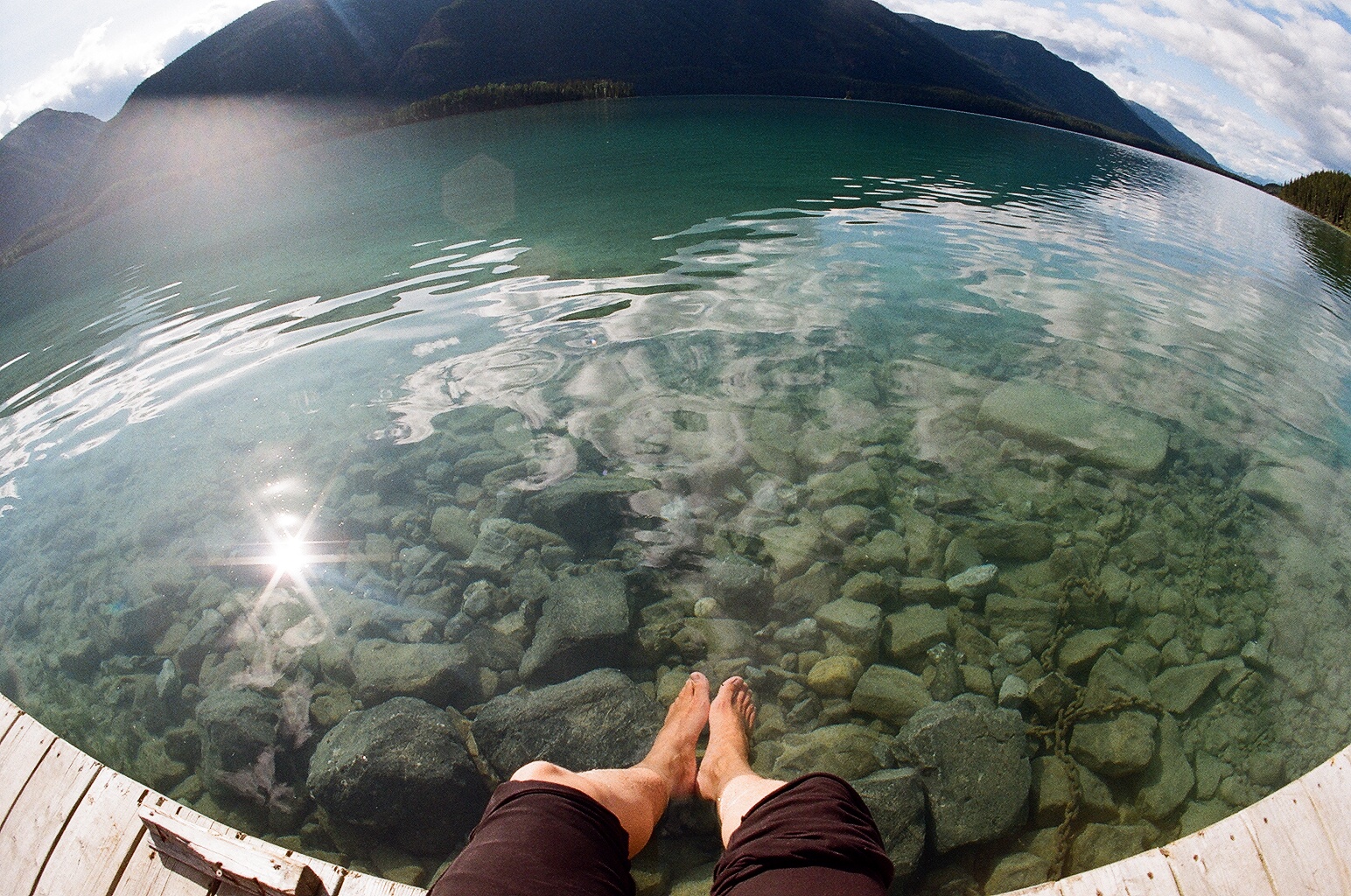 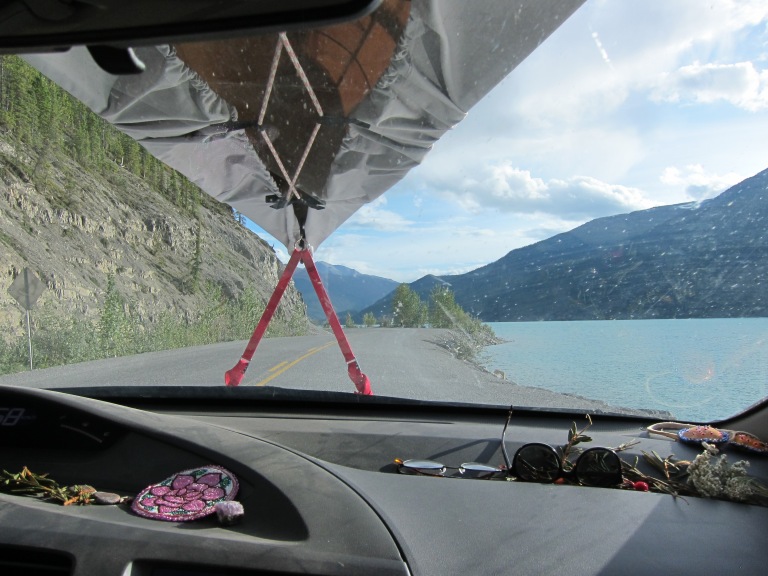 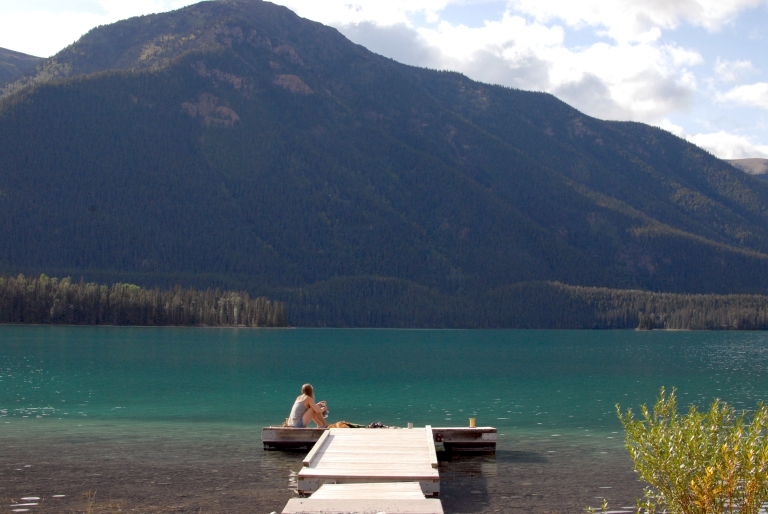 we had camped across the highway from the hotsprings last night because the hotsprings campground was full. this morning when we pulled in we parked beside a truck with a canoe on top of it. as we were setting up the stove to make breakfast, the man who owned the truck came back from the springs and we asked him about whether he was headed out on a canoe trip. he was from alberta, worked in oil, and was on a week holiday. he was going on a big circle roadtrip and his friend suggested he bring his canoe to drop in lakes along the way. we told him where we’d been and he said, hey, my friend jason was canoeing the mackenzie this summer! ha ha! the small-world things amazes me quite a lot. we learned about caitlin and jason from the visitor logs in the info centers we stopped at along the river. we first saw their names in the fort simpson log, then again in the norman wells log. despite hearing about them the whole way along, and the fact that they went on to tuk and we didn’t and could’ve ended up meeting them back in inuvik at the impromptu reunion, we never did. we did get to hear about them and see a couple of photos though because mike and cole had paddled with them for a bit.

after liard we found a great spot on muncho lake to have lunch and laze about and read. this was on my list-of-fun-things-to-do-on-the-way-home and oh it was perfect. we also saw rocky dried-up river bed after dried-up river bed. we figured they must be rainy season rivers. they were beautyfull. we didn’t manage to pull over and film in one, but we did find a rocky plain to film on.

we headed on to tetsa river where we had met a sweet man named bob on our way north. he ran the campground there and we talked with him about our upcoming trip. he was excited for us and wanted us to stop in on the way home to tell him about it. we unfortunately missed him this time around because he was in town, but we were able to leave a note.