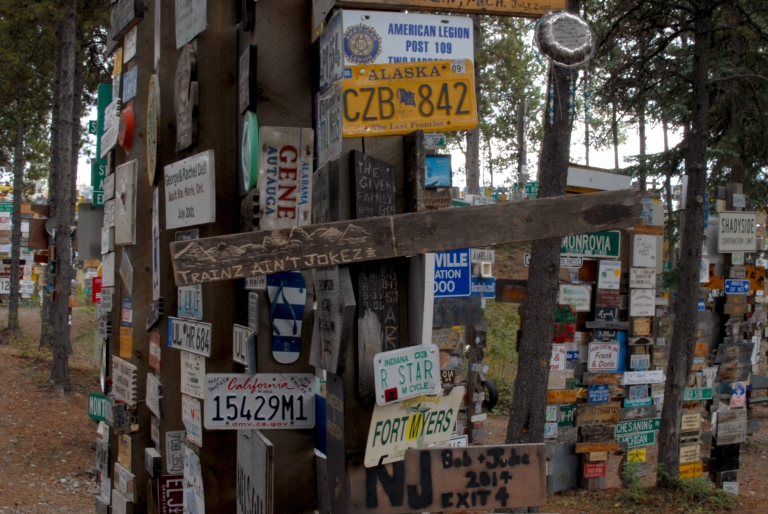 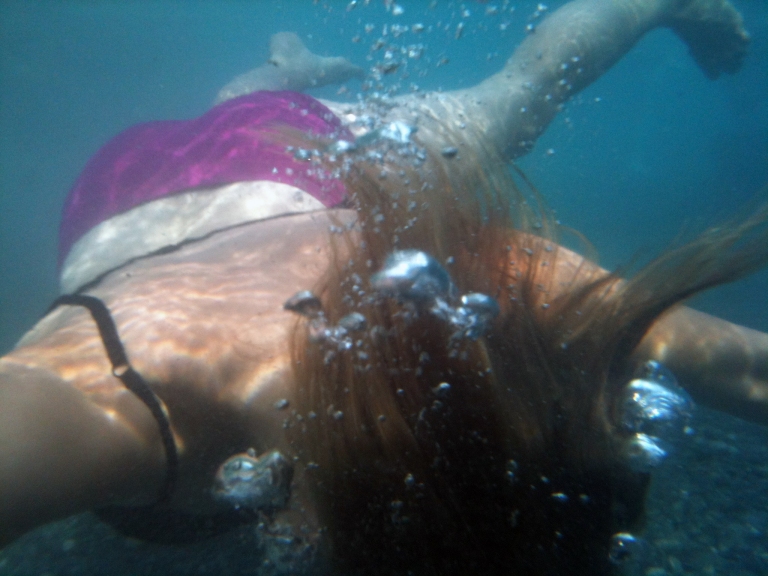 ok, so emma got the best idea. at the time i did not think it was the best idea, i thought it was the worst idea, and had to do a lot of hemming and hawing until i realized what a fabulous idea it was.

we pulled up at the watson lake visitor center to pee and get water. as i was walking out of the center, emma was sitting on the lawn. i said, are you ready to go? and she silently held up ‘trainz ain’t jokez’. no way! wow! what a great idea! i completely didn’t think of it! what a perfect place to take a photo of it! so we walked all around taking pictures of it in various places. then it slowly evolved into thinking we should leave it there. this is where i thought, no no no. i was very attached to the sign, such a great memento of our friends, and the carving of the mountains that nat did on it was so beautyfull! but i slowly came around, because what a great thing to do for sac dene – they could come find it someday. so emma went to get a screwdriver and screws from the info center and we searched for the perfect spot for it. which we eventually found: it was surrounded by signs that said camper, kampsville, live life to the fullest, along with one that had emmas last name on it and one that said moberly mo, which reminds me of my close friends in golden, bc. so, in the end, i am glad we left it. we can go visit it one day too.

we passed the liard several times on our way south, at cranberry rapids and whirlpool canyon, and stopped to say hello and spend time there. it is so wild to me how different and variable a river can be from its source to its end. i would like to come back and canoe this upper portion of the liard one day.

we arrived at the liard hotsprings that night after driving through a herd of bison. we stopped at the hotsprings on the way up at the beginning of summer and were impressed. they were natural, so there was green beauty surrounding us and pebbles beneath our feet. it was too hot to wade up to its source, but the mid part was perfect. and it was so cheap to get in! 5$ if i remember right.

gratitude: this. all of it. everything.; movement/being on the road; bison bison bison; the liard – a river untamed; laughing, it’s a blessing.