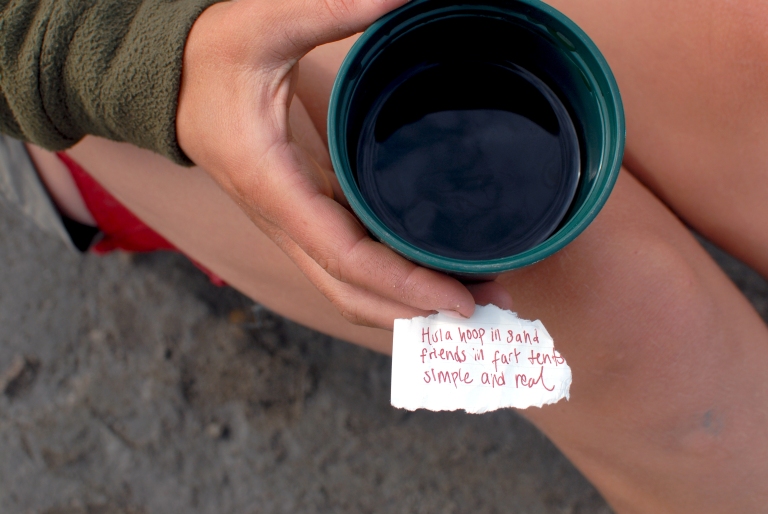 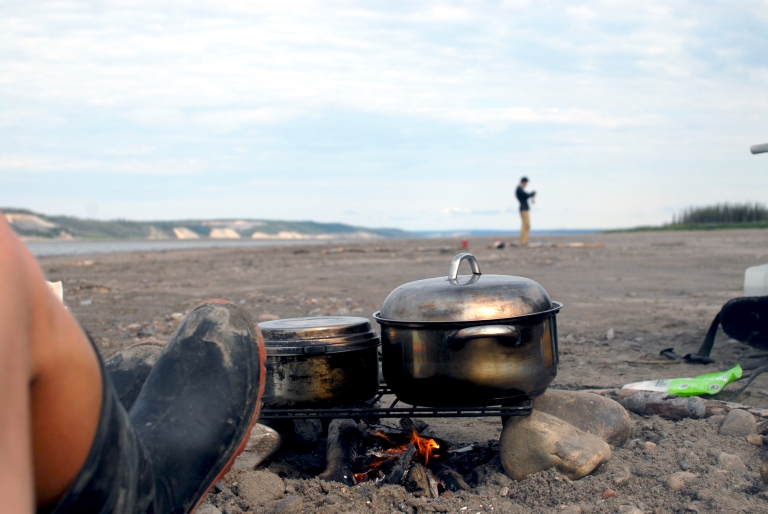 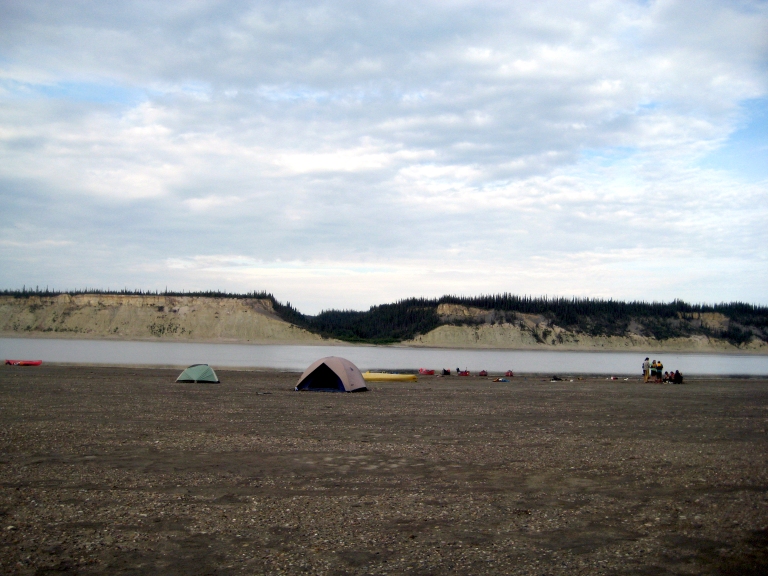 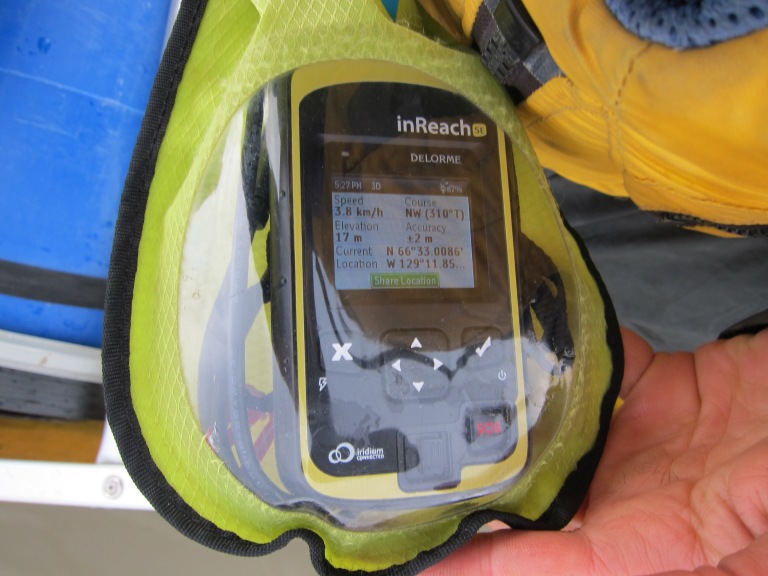 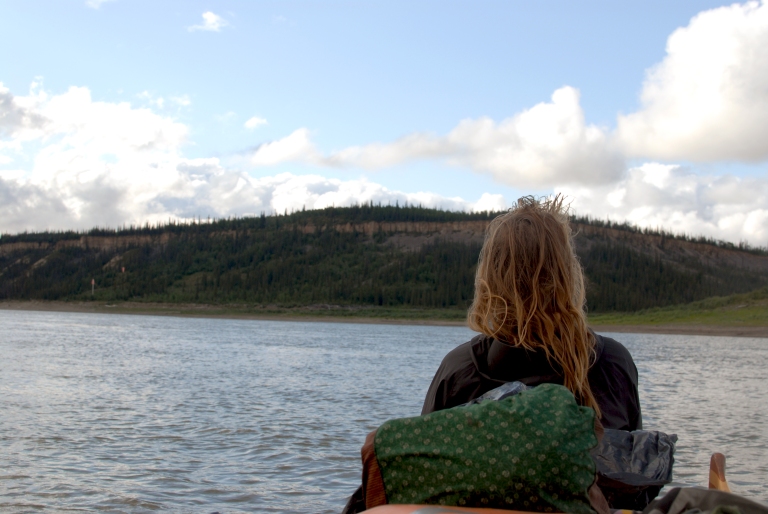 didn’t mention it, but we camped with both will and sac dene last night. this morning before leaving, navi gifted us with a haiku she wrote, which then spurred me into composing rough haiku’s in my head for the next few days. and oh, guess what? they’re all going to appear here!

will traveled with us for most of the day and at some point we passed the arctic circle. we had several different co-ordinates from different sources to choose from, but we went with 66˚33 north, as that is what the sign we passed on the dempster highway on the way up (to drop off our car in inuvik) said.

sometime after the arctic circle we were drifting along lazily eating lunch when i looked up to the ridge beside us and saw a grizzly bear. and what i mean by grizzly bear is a furry darkish brown hump in the willows. i yelped – grizzly! paddle emma paddle!! at which point emma looked up and said – i think that’s a muskox. yes, yes it was. we didn’t get to actually see it’s face, but saw it’s horns and the heft of it’s back. i was however too hepped up on adrenaline to truly appreciate it at the time.

so there is this book called the Mackenzie River Guide Book which we, and many other people we saw paddling the deh cho, had in our possession. we read it often at first but eventually stopped referring to it so much, which as it turns out, will had also stopped doing. getting near time to camp we decided to check out askew island. looked good, no tracks, and will stood atop a mound of driftwood that towered over the willows to see what bears there were to see. nothing. yahoo! as we were walking back to the canoes to unload will happened to look up the beach and “oh, there’s a bear.” we took off running and when i looked over in the direction of the bear, it had done the same in the opposite direction. comical except for the fear involved. turns out, when we read the guidebook again, they had also encountered a bear on askew island. paddling away emma looked back to see it emerge back onto the beach when we were maybe 1/2 a km away. there were less options to camp on this stretch because several people in fort good hope advised us to stay away from the right/east shore as it was grizzly country. it seemed to be a beary area in general as we saw another black bear on the right shore not far past askew. then, when we were finally all ensconced in our tents at what we thought was a good camp spot a little further along, both emma and will heard something outside breaking branches and then some heavy breathing and running off. i fortunately or unfortunately didn’t hear any of it, and went on to have a fine sleep. emma’s sleep wasn’t so great that night.

gratitude list: seeing a muskox (and not a grizzly!); being in bed now! (no bears please!); siri – a great boat!; our able bodies; will traveling with us, that’s fun!