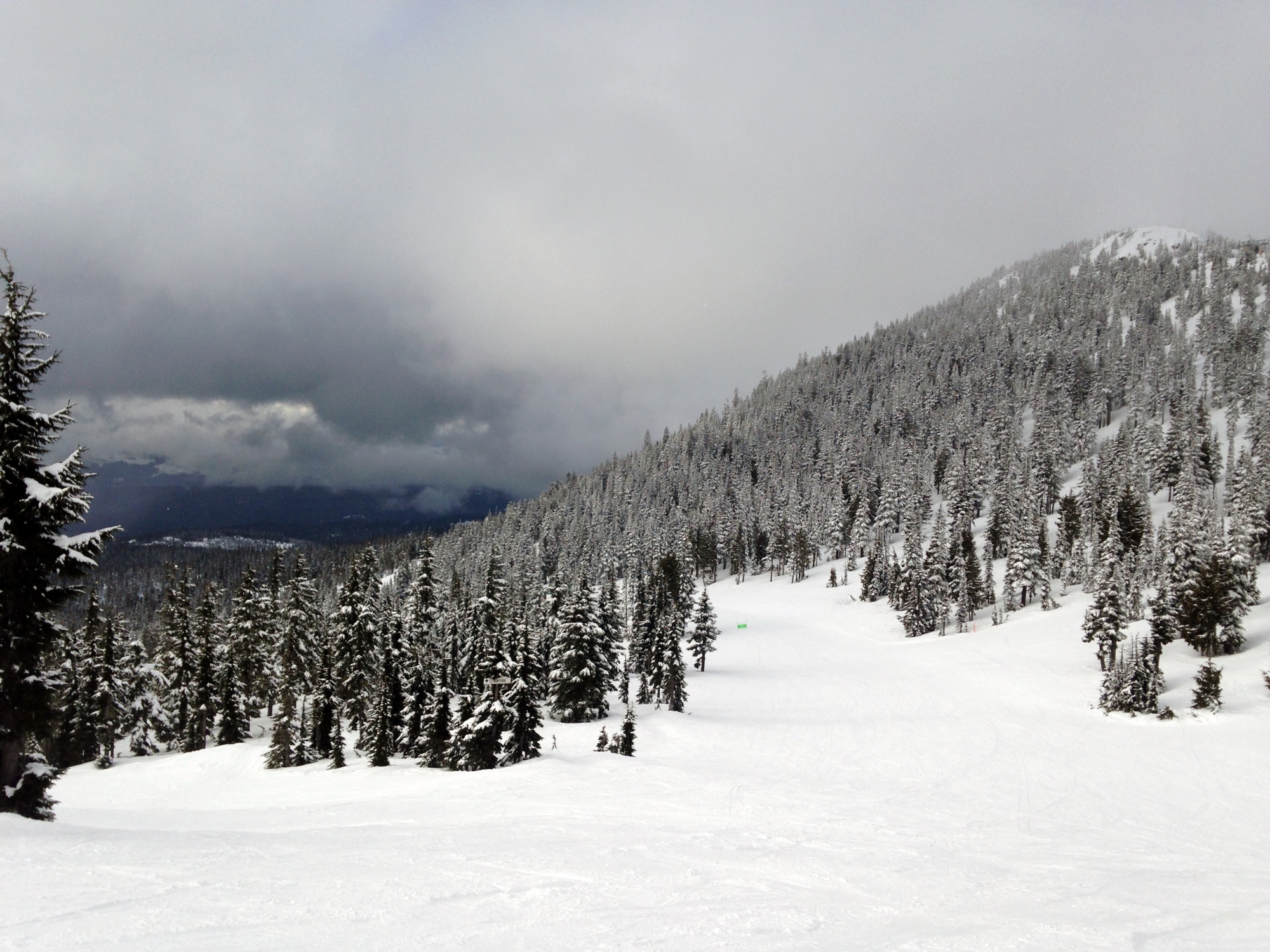 i’ve got a fine array of books on the go right now. farley mowat’s ‘people of the deer’, i am not far in and it is heart-breaking, but also hunger-causing for the north. necessary. i got onto this one after hearing that S had just read ‘lost in the barrens’ and loved it. i wanted to read a book she loved, so picked it up. if you can believe it, the only other farley mowat book i had read before this was ‘never cry wolf’. i also loved that book, and usually if that is the case i pick up every other book by the writer that i can get my hands on. i am not sure why i didn’t at the time, so this is a belated catch up. i got the sequel to ‘lost in the barrens’ along with ‘people of the deer’. cathy converse’s ‘following the curve of time’ is about the life of and the places off the coast traveled by m. wylie blanchet in the 1930’s and 40’s. mary palmer’s jedediah days in about homesteading a gulf island in the 1970’s to 90’s. i picked this one up because i just happened to deliver mail to the building she lives in in nanaimo. i was in the lobby loading the mailboxes one day and overheard two women talking about how mary lived there and wrote a book about homesteading an island, and my ears immediately pricked up. i asked about the book and then put it on hold at the library. then, a week or so later mary was in the lobby getting her mail and i got to tell her i was about to start reading her book. she was a firecracker in the book and still is in real life, it’s wonderfull. lastly i have just started natalie goldberg’s latest, ‘the great spring’. listen to the end of her preface, it promises to be good: “please join me in this deep practice of honoring all of our moments. i cannot do it alone. we are here, but not forever.” 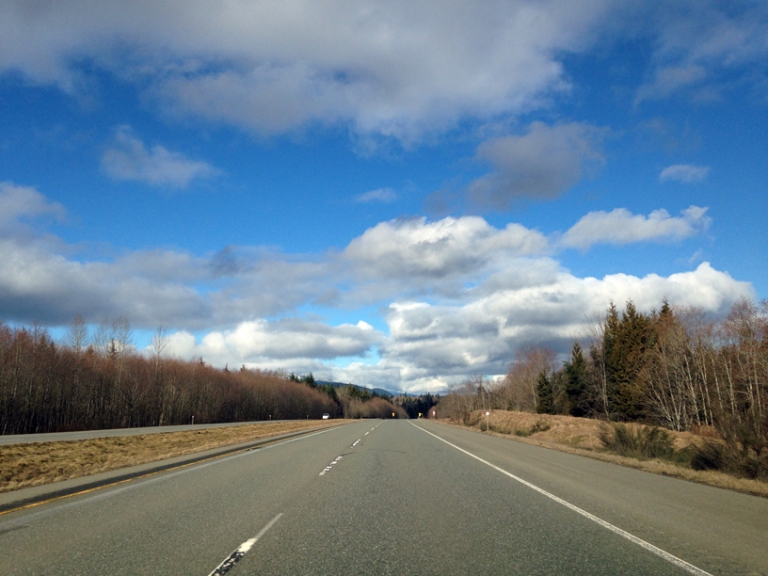 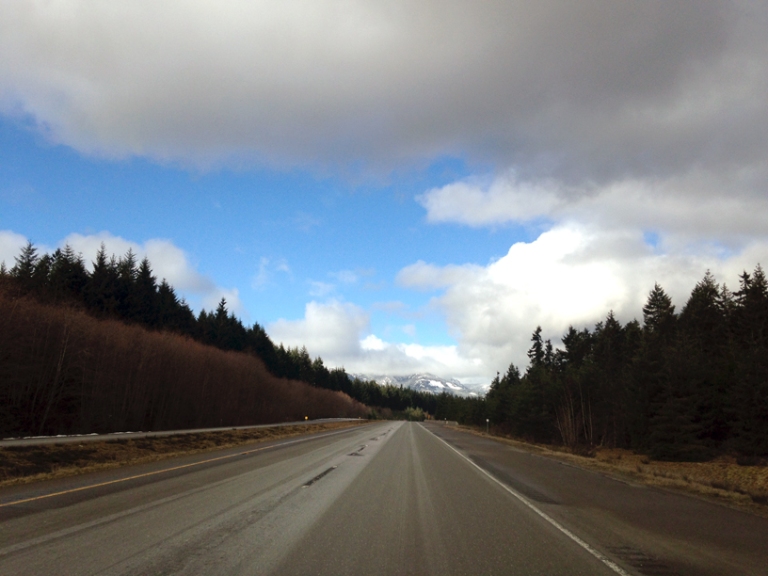 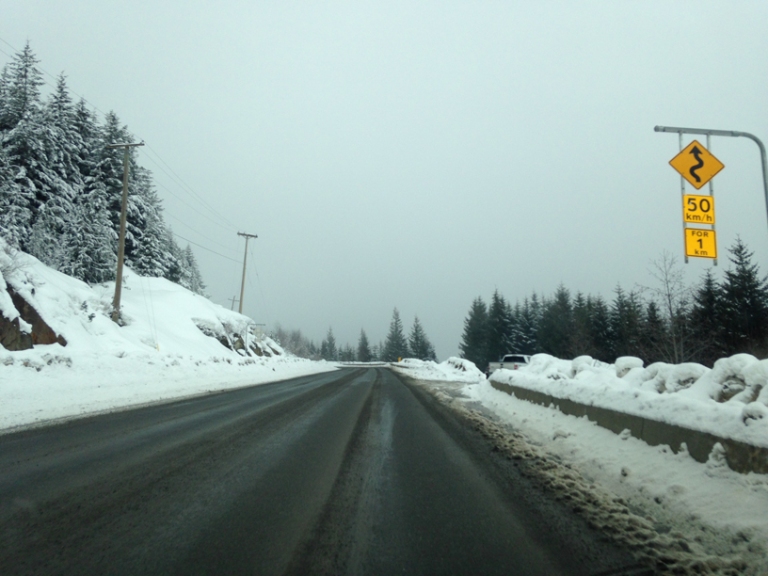 today is a great day for reading and writing. i spent yesterday on the mountain snowboarding. my WHOLE body is sore. how does that happen? oy. but it’s good. it’s the kind of sore that just makes you move slower and be grateful for the days when you aren’t sore. i fell a lot yesterday because i was trying new things, such is the process of learning, but maybe learning could use some padding. i am pretty new to snowboarding, i picked it up after jeremy did, he had brought his snowboard out to the country and towed me behind the truck, and after that i thought, hmm, this is fun, why not try going down a hill? this was my 4th time of the downward variety, and i have never taken lessons, though after yesterday i was thinking perhaps i should. i think a lot of the muscle ache is simply from them straining every time i came to a crashing halt. but oh, how it is worth it. it was pure joy gliding down that mountain. glee. euphoria. elation. bliss. i discovered i am a bit of a speed freak, i love the adrenaline that comes with going fast. i lucked out and managed to squeeze in one last run before the chairlift closed and had the mountainside to myself, so sweet. i chose to get the full day/night pass, so i could stay til 9pm. i had friends playing a show in nearby cumberland that i was going to go check out that night, so it worked out perfectly to just stay at the mountain a bit longer. i hadn’t done any of the runs that were open for night-skiing, so i took a chance with that decision. when i finally got over to them after a belated lunch, i discovered two things. on the chairlift up i could see my car in the parking lot and was reminded that i had turned my lights on for the last bit of the drive up when it got foggy: they were still on. whoops. the other thing was that the only runs available to me on this lift were way too steep for my skill level, so i basically leafed it all the way down, which was no fun at all. hard on the legs too. when i got to the bottom i turned into the parking lot and after 6 hours the car started up no problem. thank goodness i bought it a new battery after it came into my possession. other than the steep runs, there were only the learning hills available for night-skiing, so i figured i might as well use the time. there was barely anyone there, so i was able to play with spinning and carving on the toe edge of the board, which is the problem i have and the reason i think lessons might be good. many times when i put significant weight on the toe edge it kicks me off balance, so the ability to practice this on gentle slopes is a good idea and one i was glad to be forced into. i figured some things out, like using my back leg to kick around and propel me more, which felt great! and also just spent time lying on the hill at the top of the run thinking and watching the intermittent snow over the dark trees. i love lying outside in winer and being warm, it’s a supreme cozy joy. 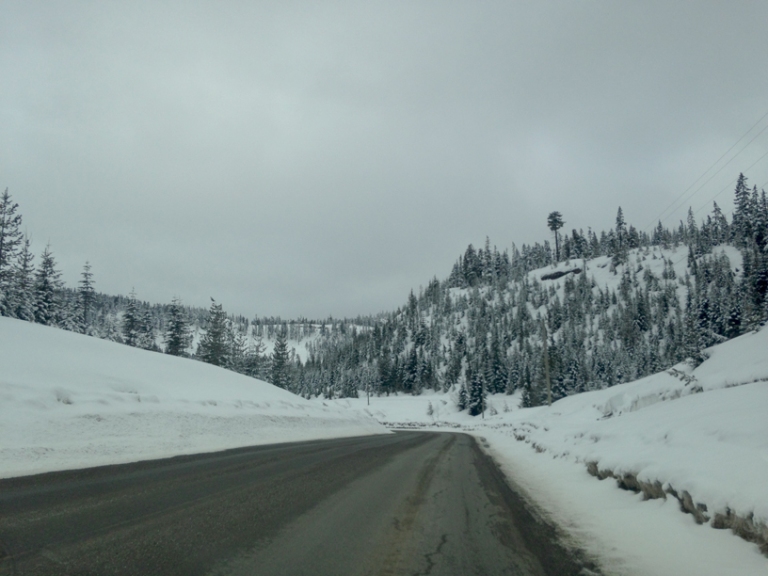 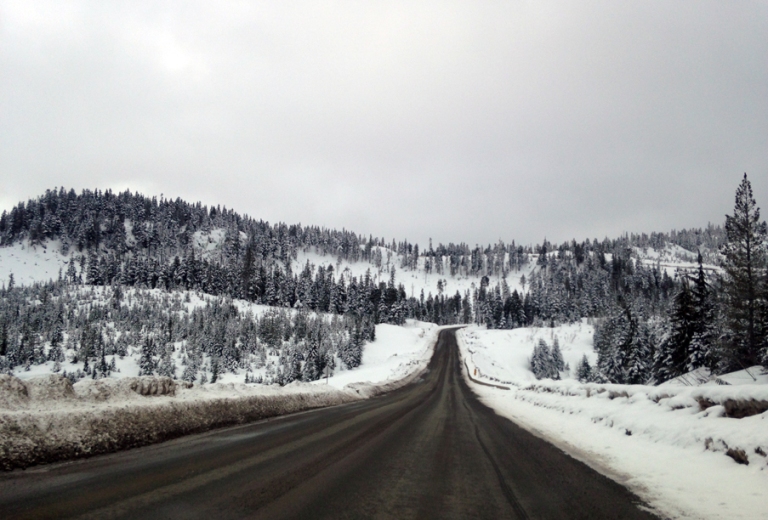 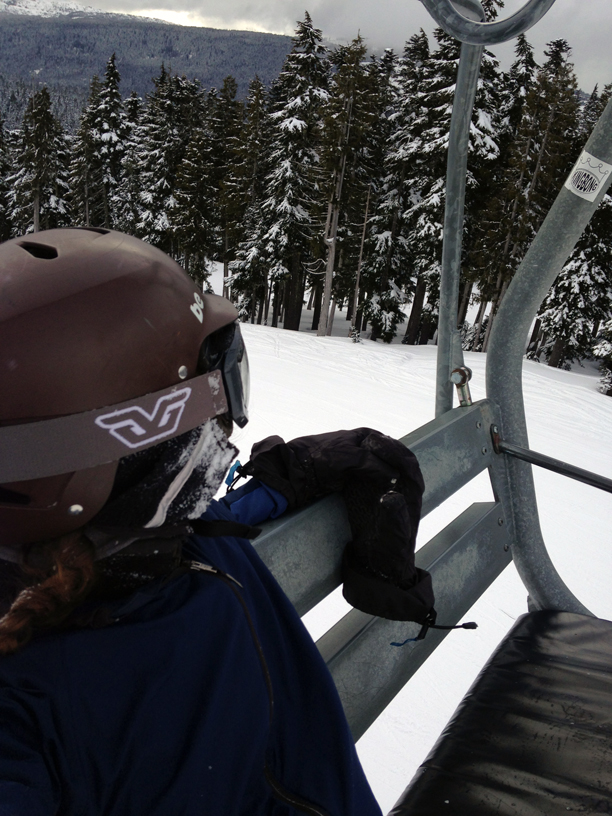 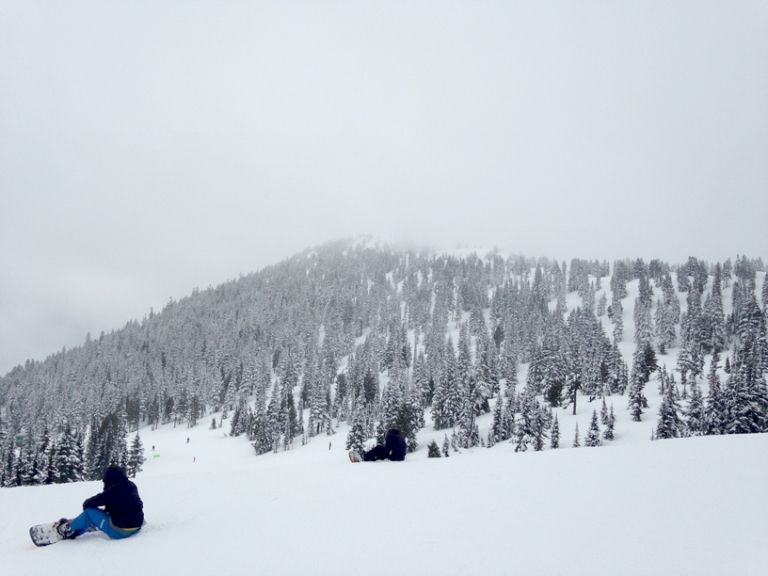 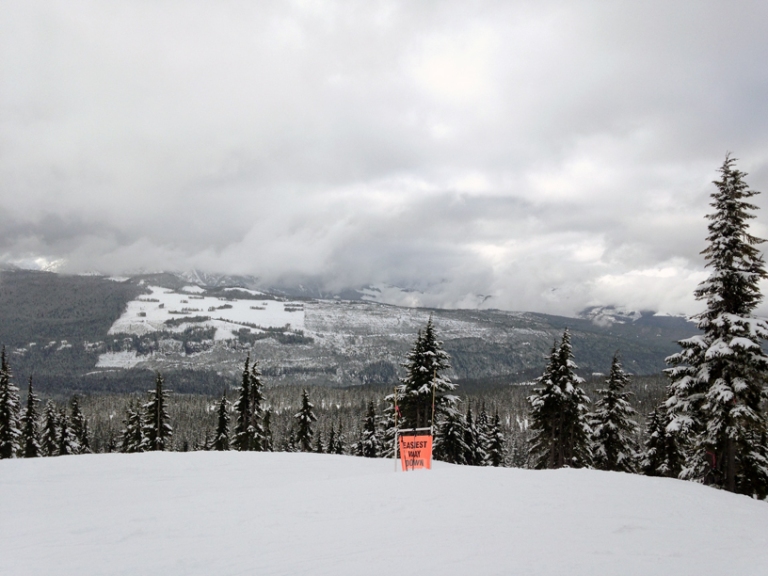 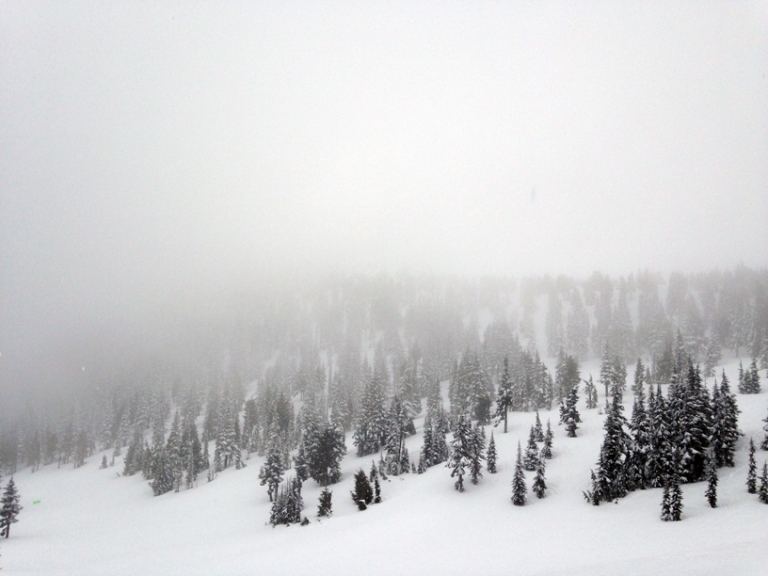 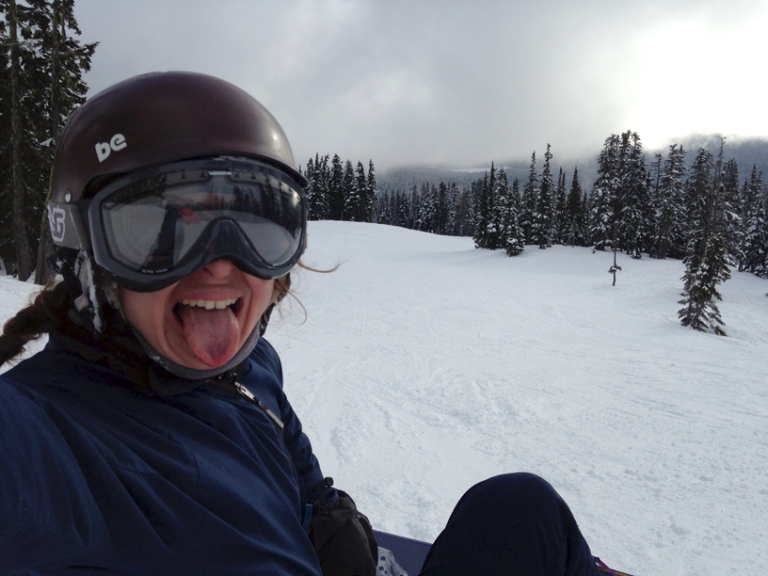 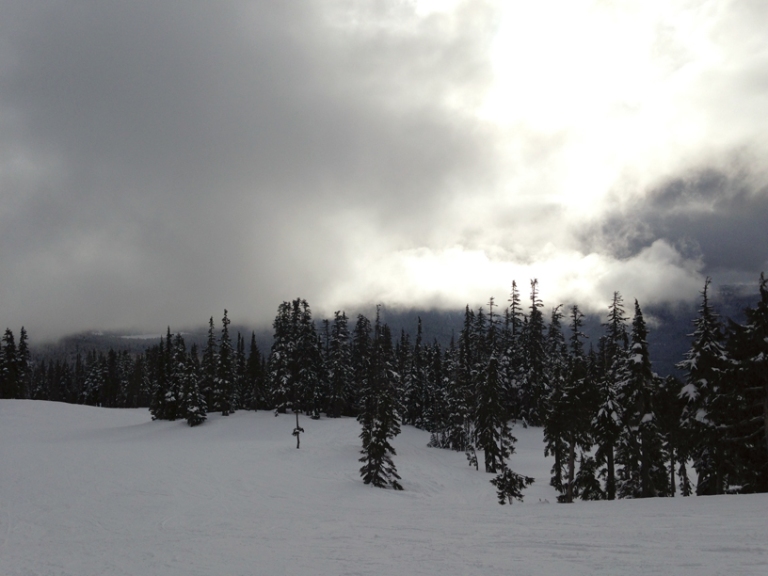 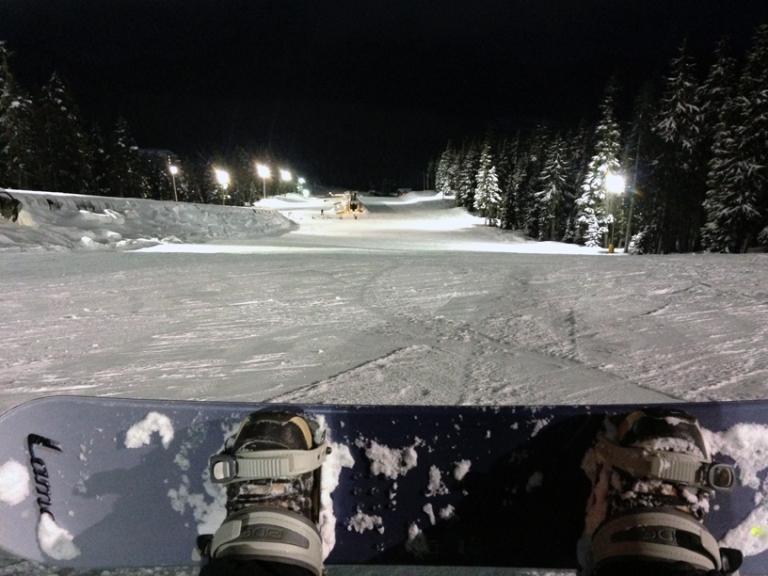 so, prior to this trip i thought this would be the last one. but though i am grateful to have gotten two trips in, i’ve changed my mind, i want one more. 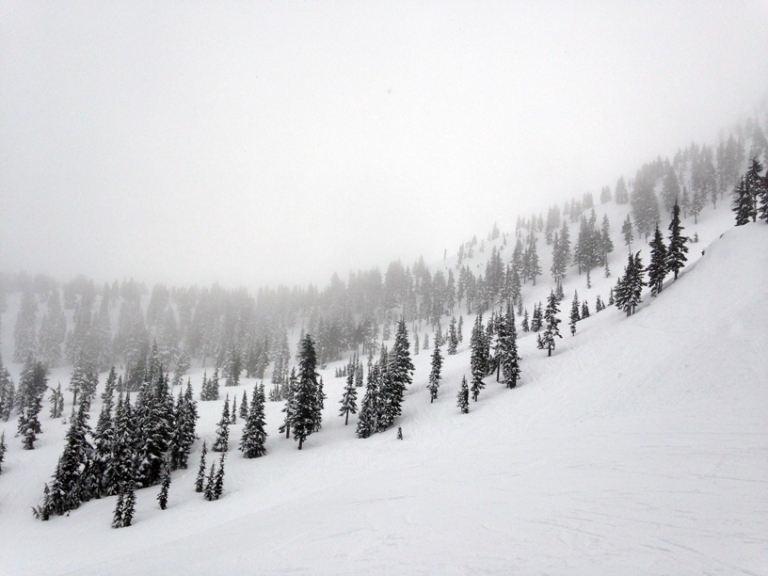