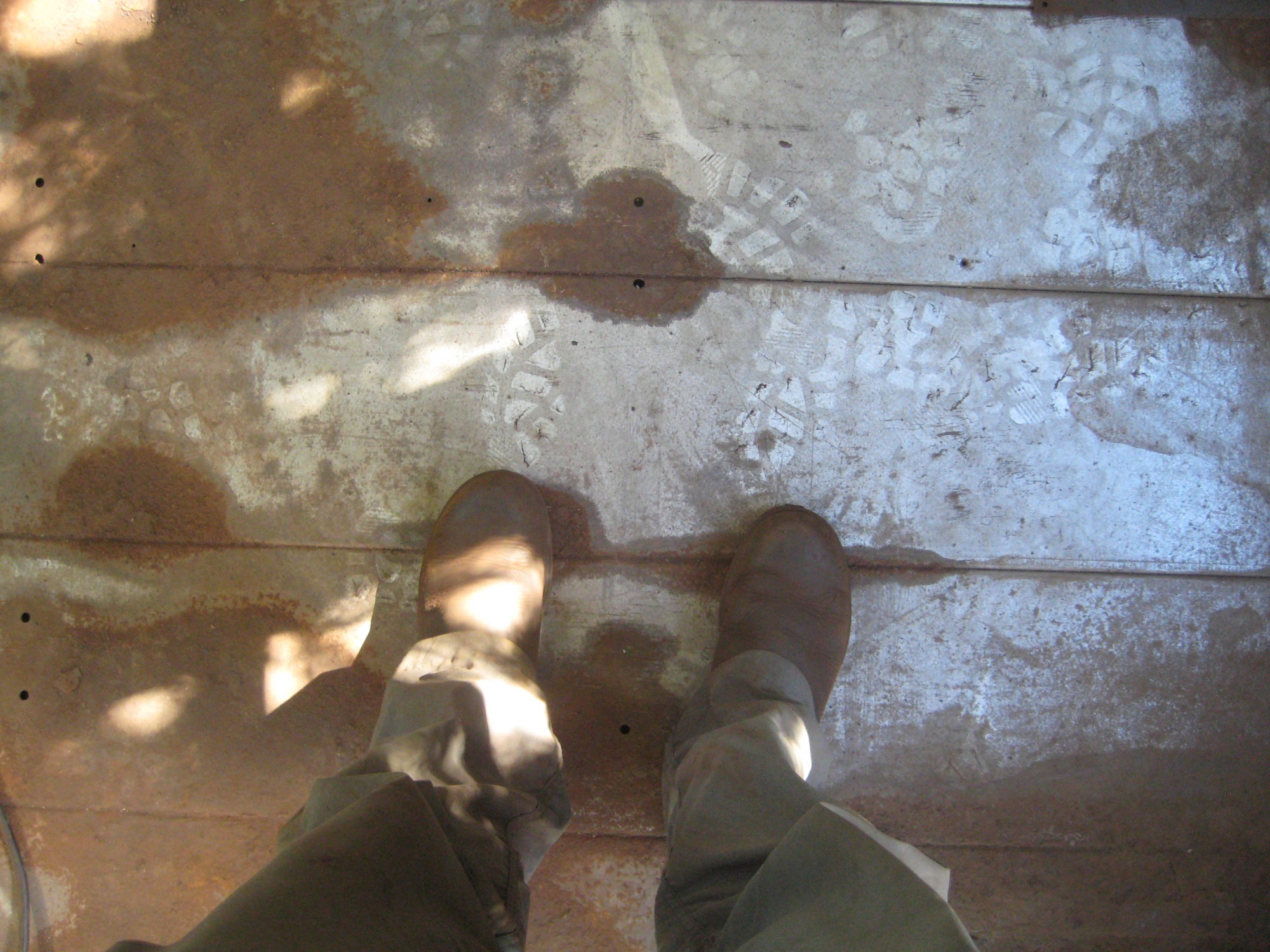 earlier in the week, nearing the end of the floor-ripping-up i discovered a fairly large hole in the sub-floor of the bus. i wasn’t going to take out the plywood under the drivers seat or just to the side of it, but the hole extended under the seat, so i had to keep going. i couldn’t figure out how to take the drivers seat platform out, and couldn’t find anything on the internet. there were a bunch of screws holding it to the floor, but it was still really solid after taking those out and shoving the pry bar under it. there was a solid steel skeleton under the sheetmetal platform (see photos), but i could see no attachment points anywhere. after some pondering and looking i realized the platform was glued down to the skeleton. i didn’t have anywhere to insert the pry bar that would give me enough leverage to get it unstuck, and i didn’t want to warp the metal anyway, as i plan to reuse this after repairing the floor. this is when my genius idea occurred. i got the little jack out of the car and stuck it under the platform on a part that wasn’t glued to the skeleton, then proceeded to raise it until the glue/caulk started making little ripping-away-sounds. i did this in several different places and the platform eventually came unstuck with a satisfying POP.  oh yes. it wasn’t until later, when i went under the bus to check out the damage, that i realized the skeleton was bolted on from the bottom. sigh. i’m not sure why that didn’t occur to me, considering everything else that was bolted into the bus from the bottom. but i guess i was confused by the parts of the platform that were attached from the top only.

the rest of the day was spent grinding away dustily at the rust that covers the floor, in order to prep to paint. this part is taking longer than i expected. there is a lot of rust. i have done half the bus and used up three metal cut-off discs in doing so. my snot is also black, despite the mask.

i managed to get a part-time work assignment for a month, which usually has me done work by 1130am. this has been serving me perfectly, as work is pretty close to my moms house, which is where the bus is parked. therefore everyday after work i have been going to work on the bus for another 4-5 hours before heading home. tonight i stayed until 730, so after the end of a long double-work day it was nice to come home to a hot shower and delicious dinner. 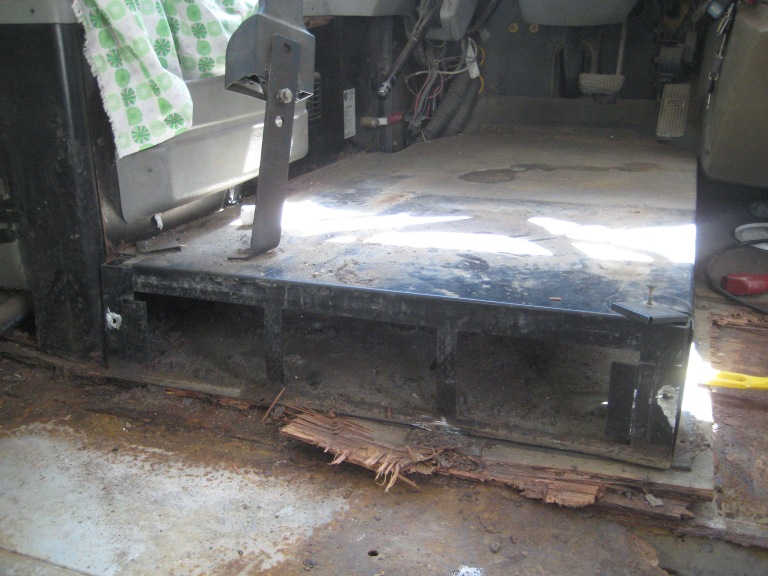 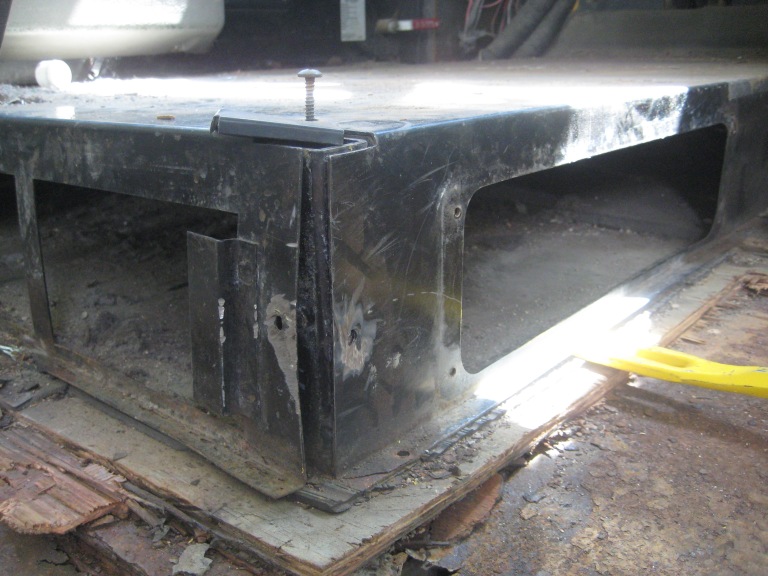 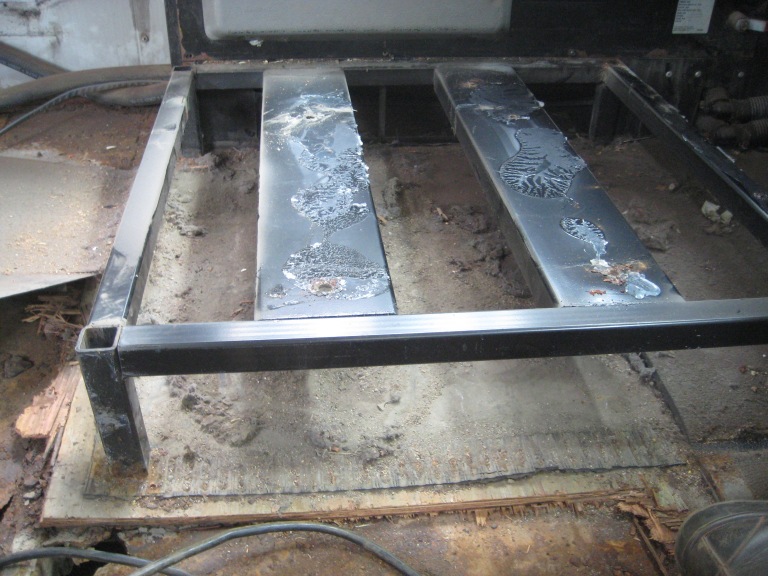 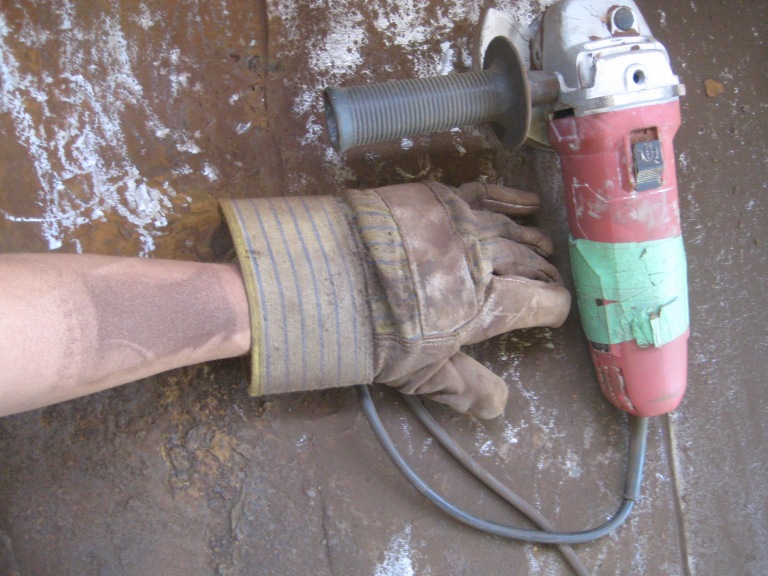