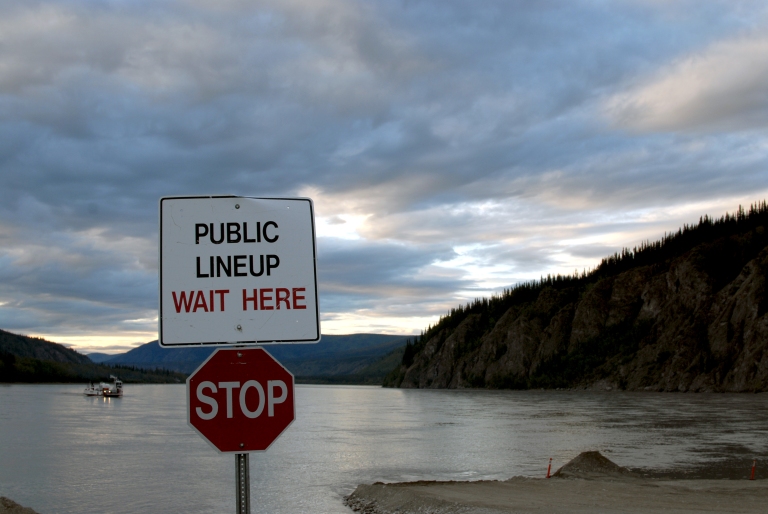 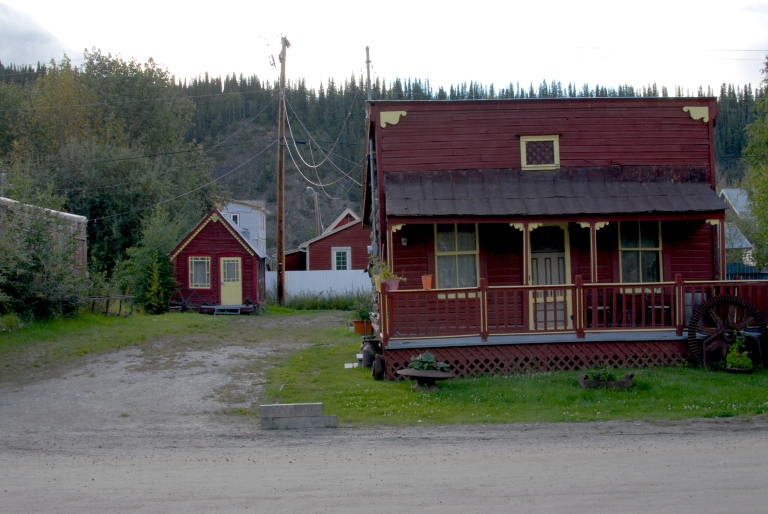 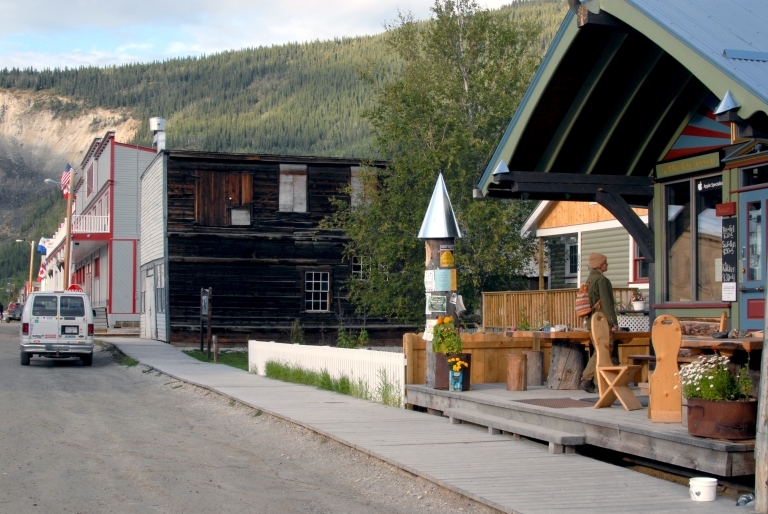 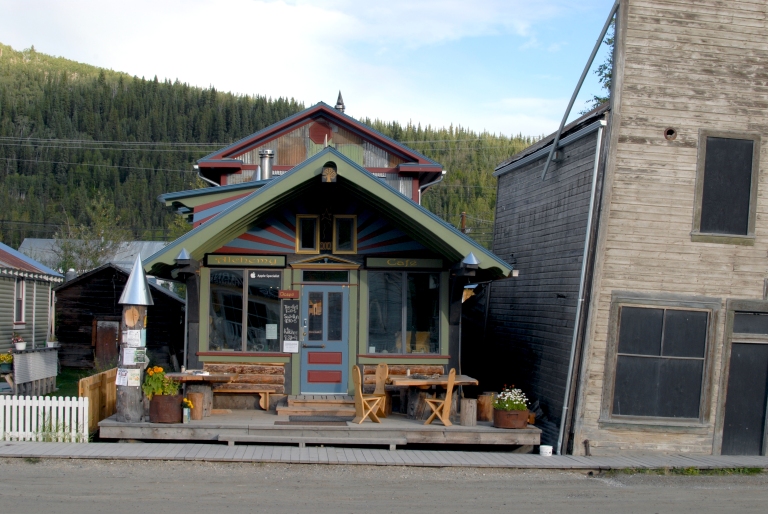 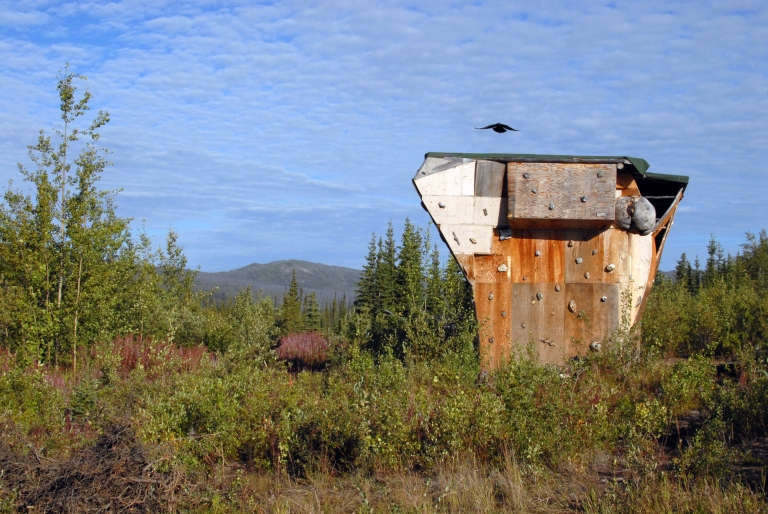 dawson was fun. we ate dinner at klondike kates which was soooo tasty. a smoked pastrami sandwich with sweet potato fries and garlic mayo. i was in love with that mayo. all in all it was a short visit though, neither of us really felt the urge to spend too much time in tourist town. the campground was lovely and big. i very much approve of how cheap (12$) campgrounds are in the yukon, and all the ones we stayed at were great – good shelters, firewood, outhouses, sites.

after dawson we had our first good stretch of driving on pavement since june. sweet. and we managed to not get any flats on the dempster, so my two spare tires and one donut were overkill. ahem. the car was so loaded down it felt like we were bringing as much home as we carted up there at the beginning of summer. not too sure how that happened.

we stopped at the tourist info center at stewart crossing – the junction with the highway that takes you up to mayo and keno city. there we met a man named david whose job it was to try to convince people to head up to keno city, an old silver mining town. i am interested in keno and we also met a man in dawson who loves it up there and recommended we go, but we were on the fast road home. the other thing about david though, is that he is a rock collector! he spends days at a time walking along mountain ridges off the dempster highway, cracking rocks open with his rock hammer. he had the best collection of fossils. so we were able to show him some of our fossils and he could identify them for us. most of the ones we found are apparently from the devonian age – 300 million years ago. w o w. they were from a sea near the equator and got pushed up here with continents shifting and breaking apart. some things are incredibly amazing.

we camped the night at a spot my friend tyler often lives. he was away but we’d stayed with him on the way up, so we figured it would be fine to stay on the way down. we set up the tent and emma had just fallen asleep when i heard some sort of animal movement outside. the screen on my side of the tent was half closed, but emma’s was fully open. this should be interesting, i thought, figuring i’d get a good view of it when it walked by the screen. it however decided to come up to the zipper right beside my head to get a good sniff. at which point i saw the wolf muzzle silhouetted against the tent. well, i didn’t expect that. a second or two into the sniffing i said yo yo yo (first thing that came into my head) in my deep scare-off-the-wolf voice and managed to both scare off the wolf and rouse emma from her sleep. the curiosity of the wolf surprised me, but the silhouette was neat to see.