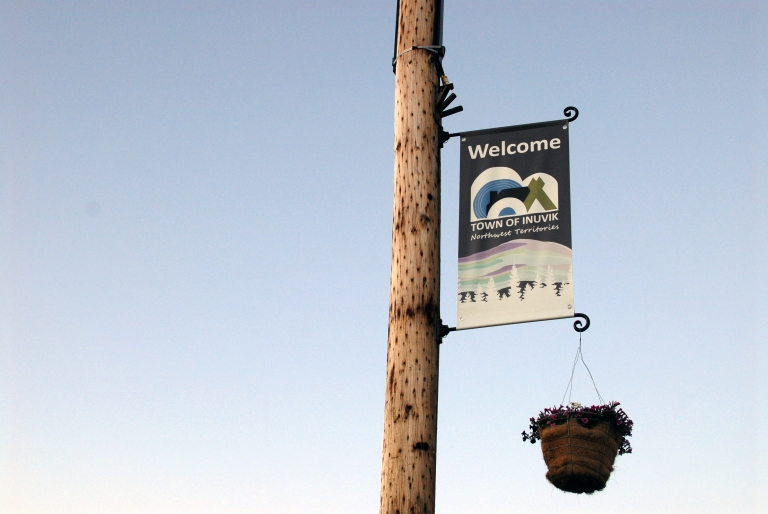 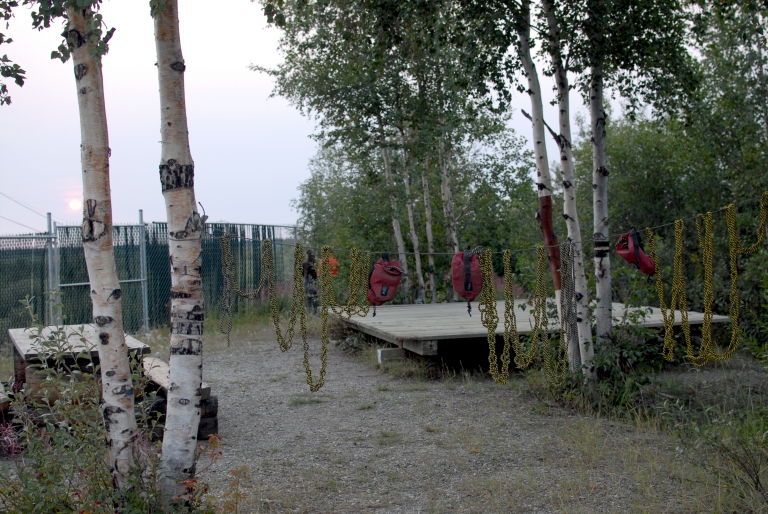 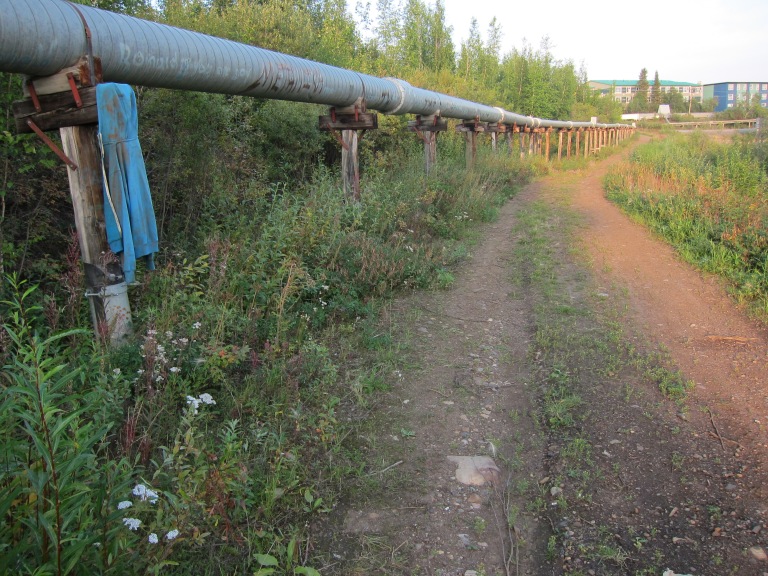 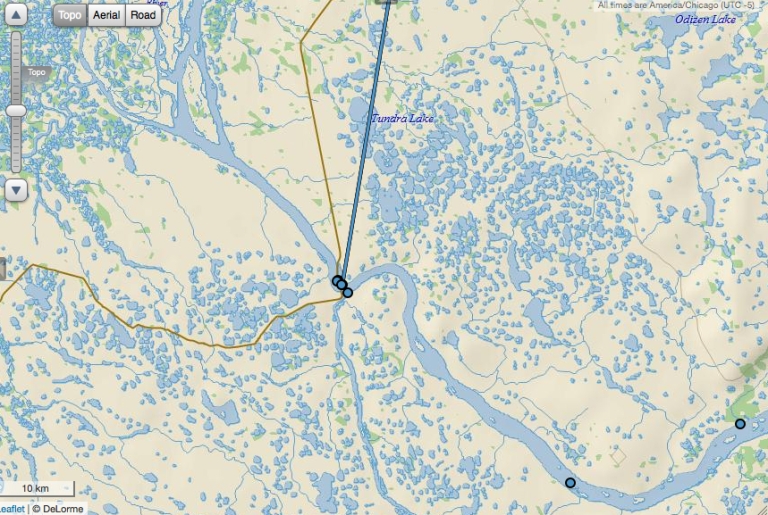 we hitched to inuvik this eve. the ride in was beautyfull. the trees gorgeous. it made me extra sad to not be paddling, but here we are. emma’s back went out a little two nights ago so the smart choice was to stash the canoe and all our gear in the bushes and proceed on foot (by truck). {we also knew if we continued paddling we might miss the majority of our friends before they left inuvik, so this sweetened the deal a bit}. i did have my time with the river last night, but we didn’t have the build-up of thinking – this is the last kilometer, this is the last day, this is the last camp. i will have to let go of that. or just come back and do it again.

shortly after we got out of bed i was taking a dump in the scrub at the edge of the sand when i looked over and saw a canoe coming around the bend. i hurriedly whisper-yelled to emma that there were people coming and could she come out of the bushes to say hello to them so i could finish my dump. turned out we hadn’t met everyone yet after all! this couple was shawn and amanda from squamish, and they had started in fort st.john, bc. WOW. they had paddled the peace and slave rivers to the deh cho and were at the two-month mark when we met them. they told us stories of good tail winds and getting to sleep on the coast guard ship one night with a full complement of dinner, showers, movies and real beds.

we slowly packed up all of our stuff and then walked towards the ferry landing counting our footsteps – since all of the bush looked the same we wanted to make sure we could find our gear again (i think it was around 650 steps to a major landmark). waiting by the ferry to try to hitch a ride, only 1 or 2 cars were coming off per ferry, so it took til the third ferry to get a ride. turned out the guy who picked us up was somehow related to the people we were staying with, but none of us realized it til we told him where to drop us off. upon arrival we had a lovely dinner with our host-friends, then proceeded on to the campground to see who we could find. thus commenced three days of socializing busy and 3am bedtimes.

over our stay in inuvik we once again saw nick, taylor, mike and cole (after they returned from tuk); sac dene and will; and amanda and shawn. a river reunion! we went to a moosehide tanning workshop, toured the aurora research center, visited shops and the craft store, went to meet moe – a friend of paul and dannys, and just generally had good times with all of our friends.

to close the river part of our trip, and to satiate my desire to know the co-ordinates/elevation of where we would’ve taken out, we took a walk down to the boat launch and sent our last river track point. but, ahem, of all things i currently can’t find the little slip of paper i wrote it on. if i find it, i’ll update this later.